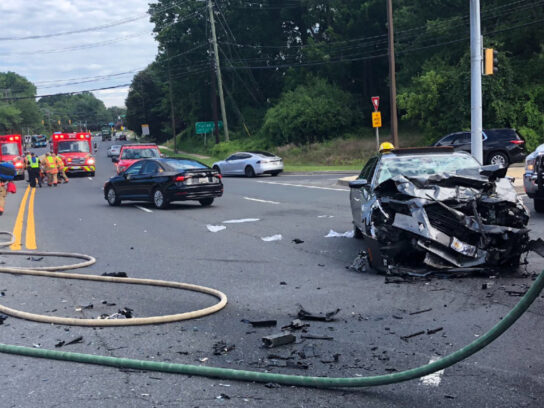 Montgomery County Police are concerned about the number of fatal collisions. So far in 2020, the number of such collisions and fatalities is almost equal to the totals for all of 2019 and there are almost nine weeks left in the year.

Of the collisions this year, 13 have involved pedestrians, two of which occurred in the last five days. MyMCMedia previously reported on the incident that occurred on Oct. 30.

The other incident took place early on Nov. 2. A preliminary investigation by police revealed that a pedestrian, Jose Amaya Flores, was attempting to cross Shade Grove Road when he was struck by a vehicle. Flores was later pronounced dead at the scene.

Police say they are continuing to investigate both incidents, adding that in both cases, the pedestrian was attempting to cross the roadway in an area near a crosswalk. The preliminary investigations also indicate “that the drivers involved in both collisions were driving on a green traffic signal.”

Police point out that the end of Daylight Saving Time may present challenges for motorists and pedestrians. They attribute the reduction of daylight hours to decreased visibility and a change in sleeping patterns to increased drowsiness. “It is critically important for drivers to be aware of pedestrians. Drivers should stay off their phones and drive at speed that enable them to adequately see all aspects of the roadway.”

However, drivers are not the only ones being asked to stay alert. “Pedestrians must utilize crosswalks and cross lights when available. Also, pedestrians should make eye contact with drivers to ensure they are seen and that vehicles stop before pedestrians cross the street.”