As early voting opens in various locations across the state for the 2022 General Election leading up to Nov. 8, Montgomery County voters will see seven referendum questions on their ballots.

The following topics will appear as five referendum questions on every Maryland state ballot:

A. Removal of a charter amendment by the act of County Council and County Attorney

Richard Madaleno, Montgomery County’s Chief Administrative Officer, advised voters not to answer “Question A,” in a media briefing on Nov. 2. The measure relates to the removal of an amendment that requires both the County Executive and County Council’s approval to terminate the County Attorney.

The Montgomery County Council put the amendment on the ballot at “the last moment” at their most recent review session, Madaleno said. It did not go through the county charter review process before being added to the referendum.

He recommended voting on the amendment to be postponed until it goes through the standard review process.

“It’s a really unbalanced situation and it puts one attorney accountable to two bodies where the attorney is only accountable to the county council,” Madaleno said. “So, it’s hard to understand why they’re doing this from an operational point of view.”

The most anticipated measure on the Maryland state ballot, recreational marijuana legalization, appears as “Question 4.” The measure received significant financial backing, as support committees received over $200,000 in campaign contributions, according to Ballotpedia data.

The state can only put referendum measures, or Legislatively Referred Constitutional Amendments (LRCA) on the ballot after obtaining a 60% majority vote from both the Maryland House of Representatives and State Senate. Most of the listed amendments were supported with an overwhelming majority of at least 80% approval, according to a Ballotpedia report.

Although the measure barely made it to the ballot, researchers anticipate a majority approval rating from voters. According to a Goucher College Poll released on Sept. 19, 59% of surveyed Maryland residents indicated that they would vote in favor of the referendum.

County Executive Marc Elrich discussed the remaining impacts of the war on drugs in the media briefing on Nov. 2, saying that “about all we’ve accomplished is to send lots of young people to jail, saddle them with criminal records and render them unemployable for their futures.”

“This is not a sound outcome of a judicial process or of a process of justice, period,” he said. “It’s long past time to do the right thing and legalize reasonable amounts of marijuana.”

Historically, referendums have received a majority of voter approval in Maryland. Between 1985 and 2020, of the 54 total amendments that appeared on statewide ballots, 49 of them were approved by voters, according to Ballotpedia.

As early voting continues and the state has permission to count ballots early, Montgomery County reports almost 50,000 mail-in ballot submissions. As of the evening of Nov. 1, around 33,000 people utilized early voting at in-person polling locations, according to statistics presented by Madaleno. 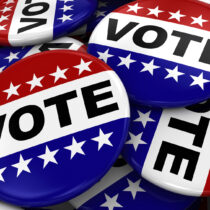 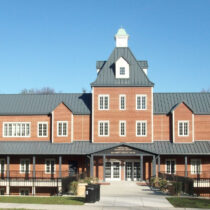