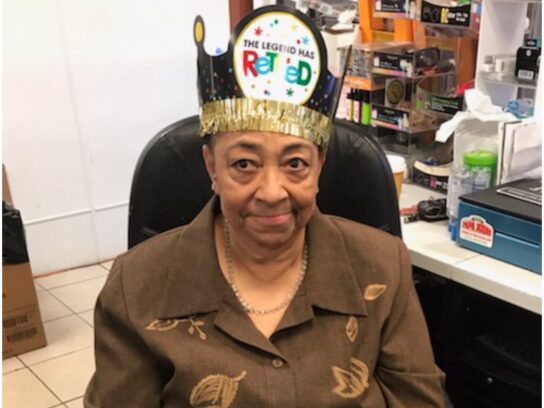 Anna Mae Smith is so humble that the day following her retirement, which included a neighborhood drive by send off, she wanted to make sure everyone knew she was retiring from Clarksburg Liberty gas station after 50 years, not 51.

Smith has been a cashier, store cleaner and floor waxer for five decades. She was the one that arranged the birthday parties for employees. As one coworker described, “She’s a hard worker.”

It never occurred to Smith to move on. “I don’t leave a job. I just stay there,” she said, adding, “The people are nice. I was really blessed.” Young people today, “They go on jobs. They don’t give it a chance. They just want to make money. If they don’t make money, they are gone,” Smith said.

But she stuck with it, becoming like family with her coworkers and enjoying chatting with regular customers. Many of those customers came to say goodbye Monday.

As she sat on a chair, a crown perched atop her head, Smith smiled broadly while collecting so many flowers, balloons and good wishes. The parade began at the nearby high school, circled down Clarksburg Road a few times, honking and waving each time it passed Clarksburg Liberty.

“My heart was touched,” she said. A few of the well-wishers recalled working with her 10, 20, 30 years ago. Several remembered how she often watched “really old television shows” on a set given to her by management.

“When you have been there that long, they like to make you happy,” said Smith, who has two children and one grandchild.

Smith, who grew up in Lewisdale in Prince Georges County and has lived in this area all her life, worked a lot, she confessed, sometimes seven days a week, although when she first started, she was a part-time employee. “I like making money.”

As to why she was retiring, Smith replied, “I’m done. I am through. I’m tired. I got bad knees.”

After she has her knees surgically repaired, she plans to visit her 96-year-old father – who lives with her sister in Damascus – more frequently.

Happy Send Off: The Clarksburg community congratulated Anna Mae Smith on a 51 year career working at Liberty Gas. See the story at 6 on @wusa9 pic.twitter.com/BWTsHCN07o 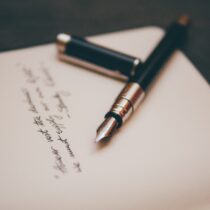