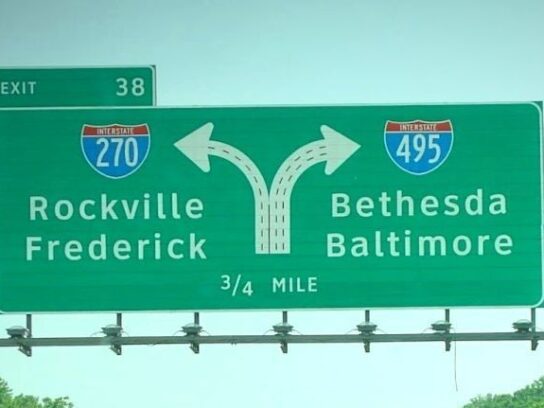 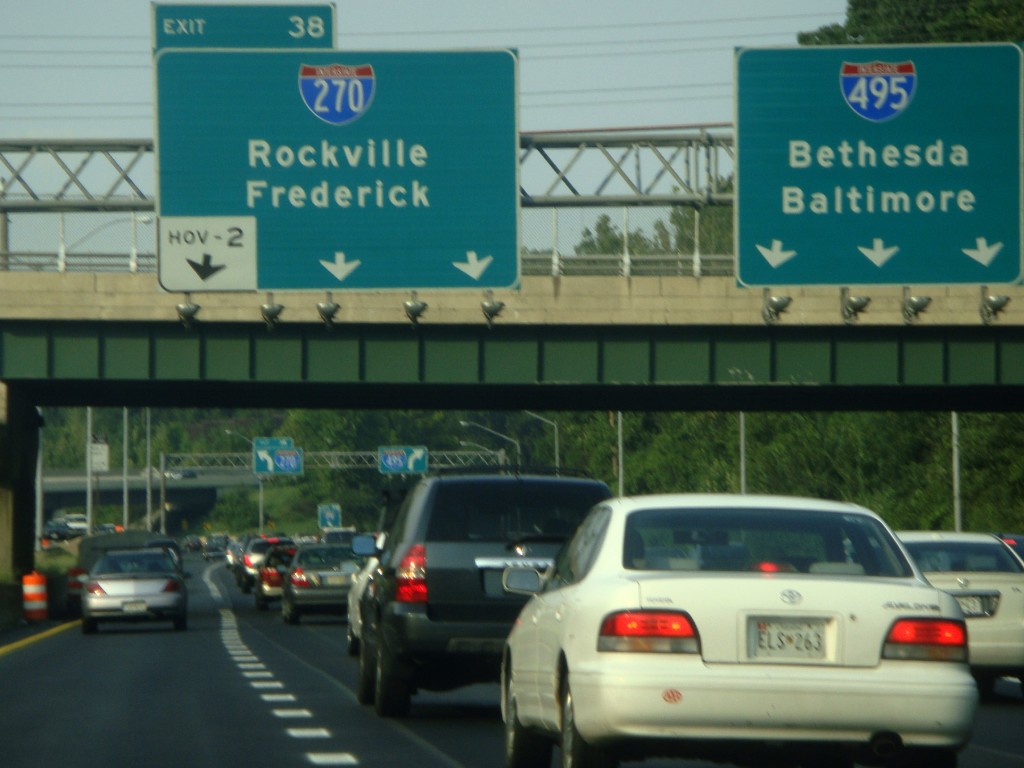 What started as 19 options to reduce traffic congestion on I-270 and I-495 has boiled down to one. State highway officials chose their preferred alternative which would add high-occupancy toll lanes in both directions on both roads.

The Maryland Department of Transportation’s State Highway Administration recommended adding toll lanes across the American Legion Bridge north along I-495 to I-270 and I-370, according to the state’s fact sheet. The recommendation, announced in a news release Jan. 27, also includes a bicycle and pedestrian crossing across the new American Legion Bridge, which links Virginia and Maryland.

The new four lanes, two in each direction, are called the “Recommended Preferred Alternative.” The next step is review of this plan, including an environmental analysis and approval of construction contracts by the Maryland Board of Public Works.

According to the release, vehicles with at least three occupants and buses will be able to travel on the high-occupancy toll lanes for free while all others who chose to enter the toll lanes will be charged.

Hucker said he is counting on members of Maryland’s General Assembly and the Board of of Public Works to ensure that the plan doesn’t go through as currently described, which he said doesn’t have the support of local officials and politicians in Montgomery or Prince George’s counties.

He also was upset that Montgomery County officials learned of the state’s choice through the news release. While the state promised transparency, it did not even inform county officials about such a large project, he noted.

In the release, MDOT Secretary Gregory Slater said this alternative would provide “significant congestion relief in the existing free lanes.” He also noted in the press release, “Addressing the congestion bottleneck at the American Legion Bridge and identifying a strategy to replace this 60-year-old infrastructure element of the regional transportation network is critical to Maryland’s economic recovery and growth.”

Specifically, the proposal calls for the two managed lanes in each direction of I-495 from south of the George Washington Memorial Parkway in Virginia across the American Legion Bridge to west of Maryland Route 5. On I-270 from I-495 to north of I-370, one high-occupancy toll lane would be added and the existing HOV lane would be converted to a toll lane.

The American Legion Bridge and 1-270, called Phase 1 South, is called “the most critical area.” The state will not permit or implement subsequent phases until environmental reviews are finished “with further collaboration and engagement with agencies and the public,” it states in the release.

Such feedback caused the state transportation department to commit to including improved bicycle and pedestrian connections and trail connectivity across the American Legion Bridge, regional transit improvements such as expanded bus capacity at Shady Grove Metro, expanded park-and-ride facilities at the Westfield Montgomery Mall Transit Center and environmental enhancements.

A final environmental impact state and record of decision is expected to be completed this fall.

The state recently reached out for a solicitation of work from the American Legion Bridge. It is seeking a private sector partner for the predevelopment work. The state prefers to do the work through a public-private partnership, known as P3.

Recommended improvements in the #ALB270 include 2 HOT lanes –free for buses/carpools/vanpools– in each direction in addition to existing free lanes, bike/ped path & replacing the 60-year-old #AmericanLegionBridge #MDTravelOptions #OptionsOpportunitiesforMD https://t.co/EOSNnHpwR8 pic.twitter.com/z90V5djOKa 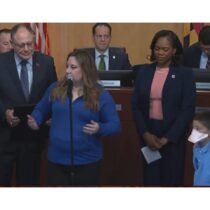