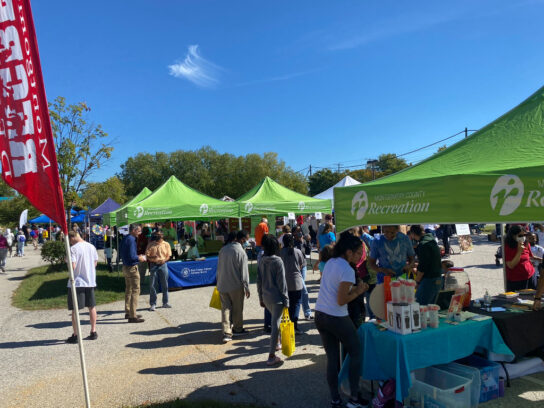 Burtonsville Parade and Community Day was a hit on Saturday. The weather was great and, as usual, the community showed up and showed out, but just in case you missed it, here are a few photos… #communityfirst #fall pic.twitter.com/1rxE9l5SJ9

This year’s theme “Better Together,” meant that organizers sought to encompass the community’s diversity in the festivities. Several elected officials and candidates for political office were in attendance — including prospective County Executive David Blair; Tom DeGonia, who is running for County State’s Attorney; and Delegate Eric Luedtke of Maryland’s 14th District.

Yesterday was an absolutely perfect day to celebrate Burtonsville Day! Thanks to all the supporters who marched with us and said hello along the parade route. pic.twitter.com/OJlCtUhnvk

Parade season continues! I had a blast at the Burtonsville Day Parade today, thank you to all the organizers and folks who came out. Change for our community happens one conversation at a time. pic.twitter.com/7FVNbEMmpW

Burtonsville Day is back! Terrific to see so many people along the parade route! Come say hi to the #BetterWithBlair team this afternoon at the Praisner Community Center. pic.twitter.com/IDQw5pWfoK