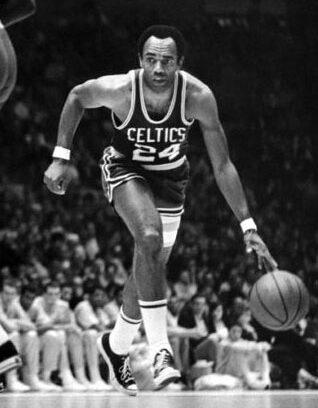 Sam Jones, a Boston Celtic great who was inducted into the Naismith Memorial Basketball Hall of Fame in 1984, died Friday at the age of 88 in Florida. Jones, a shooting guard, played for 10 NBA championship teams in the 50’s and 60’s. He played all 12 of his NBA seasons for Boston where he was a five-time All-Star averaging 17.7 points per game for his career. His number 24 was retired by the Celtics in 1969.

The Jones family is in our thoughts as we mourn the loss of Sam Jones and fondly remember the life and career of one of the greatest champions in American sports.

In 1964, the Boston Celtics made league history by becoming the first NBA franchise to feature an all-black starting five. In 2016, Jones told the Montgomery County Sentinel, “we became the first to start five blacks for the whole year and people don’t realize that and when we did that we also won the championship.”