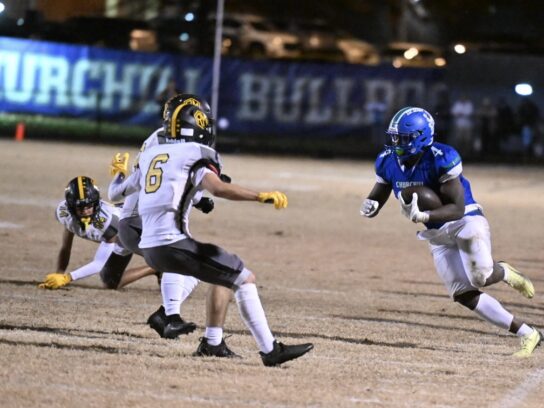 Avit broke through tackles routinely on his highlight-worthy rushes, including a 69-yard touchdown run on Churchill’s opening second-half drive. His two fourth-quarter touchdowns gave the Bulldogs a 20-point lead in the game’s closing minutes.

Both teams struggled to put points on the board in the first half. Churchill’s offense got off to a slow start committing six penalties in the first half. A missed field goal attempt at the end of the second quarter left the score 7-0 at halftime.

Churchill (8-2) advances to the second round of the class 4A playoffs and will face Gaithersburg (4-6) who is coming off an upset win over Walter Johnson (7-3) in their opening playoff season matchup. 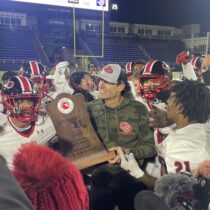