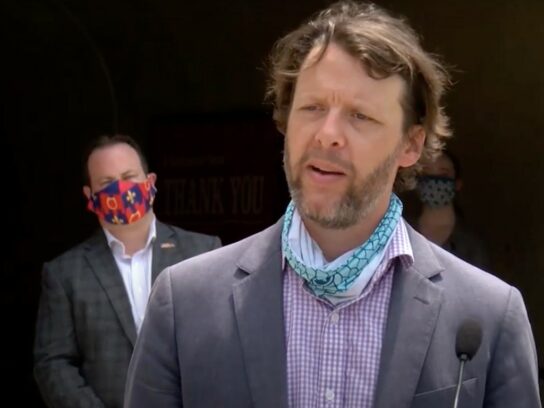 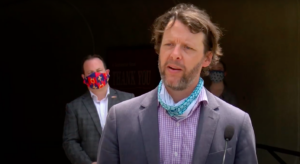 Councilmember Hans Riemer held a press conference at the Forest Glen Metro Station Monday to discuss Bill 29-20, which would offer private developers payment and exempt them from property taxes for 15 years if they build high-rise buildings on Metro property. The housing must be at least eight stories high.

“If there’s one place that we can all agree we want as much housing as possible, it is on top of a Metro station, and yet we’re not getting it,” Riemer said.

“There is a regional housing shortage, and this is a solution that has regional potential. If you talk to WMATA, you will learn there is very little high-rise housing anywhere in the Metro system on top of stations.”

Riemer said Metro modeled out the housing potential for every station in Montgomery County, and projected that about 8,600 units could be built, including around 1,300 under county affordable programs. He said that most Metro stations are surrounded by surface parking lots and parking garages.

This bill will be introduced before the county council on Tuesday, and Riemer hopes it will pass early this fall.

Few things are as impactful toward meeting our affordable housing and environmental goals as maximizing growth at Metro stations.