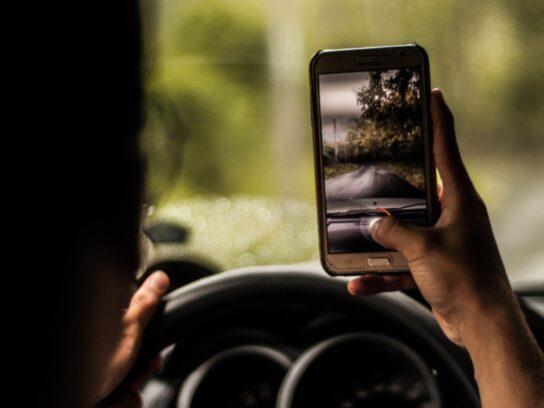 The Montgomery County Department of Transportation’s video contest for teenagers called “Heads up, Phones Down” aims to promote safe driving and walking without cellphone distraction. The video challenge is open to high school students to create 30-second public service announcements for prizes, according to a county press release. The contest accepts videos from Feb. 1-22.

MCDOT wants to hear from you! High school students can participate in a video contest to encourage others in the community to put down their phones in order to walk, drive, and bike safely. Submissions accepted soon. Learn more here: https://t.co/F6oFrUBd1B #HeadsUpPhonesDown pic.twitter.com/ptcKVef6I0

The videos can be submitted either individually or in a group by high school students from county public or private schools. The maximum number of people allowed in a group is four. County Executive Marc Elrich also stated that the contest supports the county’s Vision Zero goals to eliminate distracted driving and increase pedestrian safety.

Aside from prizes, students can also receive up to five Student Service Learning (SSL) hours for submitting an entry to the contest. The winning entries will be announced live on Instagram at 5 p.m. on March 11 and will be posted on the MCDOT website.

“The National Highway Traffic Safety Administration tells us that young drivers, ages 15-19, are the age group with the largest proportion of distracted drivers at the time of a fatal crash,” said MCDOT Director Chris Conklin. “Likewise, an NIH study found that when distracted by cell phone use, children were less attentive to traffic; left less safe time between their crossing and the next arriving vehicle; experienced more collisions and close calls with oncoming traffic, and waited longer before beginning to cross the street. We hope this contest helps serve as a reminder to avoid being distracted by cell phones.”

More information about the contest can be viewed on the county’s website. Contest-related questions can be sent to pedestrian.safety@montgomerycountymd.gov.