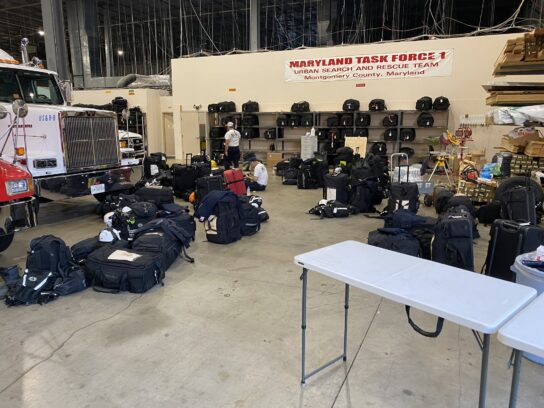 Hurricane Fiona battered Puerto Rico Sunday knocking out power to the island. The Category 1 storm made landfall Sunday afternoon causing flooding and landslides, according to The Washington Post.

President Biden declared an Emergency Disaster Declaration for Puerto Rico on Saturday. The Maryland Task Force 1 was activated late Saturday night. The FEMA urban search and rescue team is based in Montgomery County and includes firefighters and some civilians from Montgomery and surrounding counties.

The team expected to travel on Sunday, but their flight was canceled due to weather.