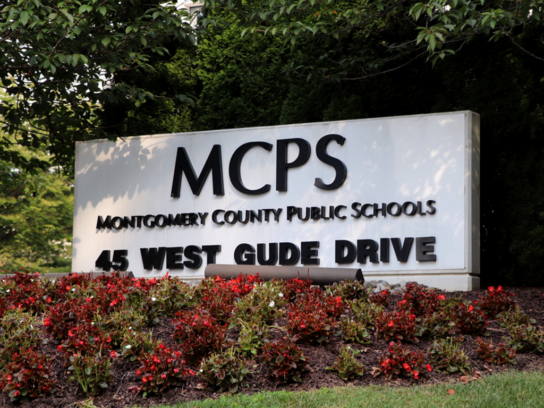 At a time when local boards of education nationwide seem under siege from angry parents, our county residents appear eager to take up the gauntlet. 18 county residents submitted applications to fill the seat of Board of Education Member Patricia O’Neill. O’Neill, the county’s longest-serving BOE member, passed away in September at the age of 71.

The BOE needs to fill her unexpired term, which covers the 3rd District. The term expires in 2022.

According to the BOE handbook, when an elected member dies or is removed from office, “the remaining members of the Board will select a qualified individual to fill the vacancy.”  If the recommended person is a MCPS employee, that person would have to resign before serving on the BOE.

The BOE can discuss this matter, including its process, in a closed session, according to the handbook.

Below is the list of candidates, in alphabetical order.

Cynthia Anderson-Clay is director of development at George B. Thomas Sr. Learning Academy. She graduated from Morgan State University. Her two children are MCPS graduates.

Rhonda Applebaum  is a realtor with Long and Foster. She graduated from Stanford University and received her Masters from Carnegie Mellon University. She is the mother of two MCPS graduates.

Anil Chaudhry is a senior advisor with the U.S. Cybersecurity and Infrastructure Security Agency. He has three students at MCPS.

Eric Delgado is a cofounder or executive at several businesses. He attended MCPS and lives in Bethesda.

Robert Demske is founder, president and CEO at RD Consulting in Potomac, a development consulting firm. He was a teacher for four years in New York. He has two children at MCPS and is president of the Winston Churchill High School Booster Club.

Ana Sol Gutierrez previously served on the BOE for eight years, where she held the positions of president and vice president. She served in the Maryland General Assembly, representing District 18, from 2002 to 2018.

Laurie Halverson served on the Maryland State Board of Education and was a member of its Commission to Review Maryland’s Use of Assessments and Testing in Public Schools. She is a PTA leader who previously ran for school board and state delegate in District 15 and is an officer with the Montgomery County Council of PTAs. She also is a commissioner of the Montgomery County Board of Licenses, Alcohol Beverage Services.

Merry Eisner Heidorn has held leadership positions in PTA, both at the county and state level. Together with her husband, she is a co-publisher of a subscription news service focused on the U.S. electric grid. Her twins attended MCPS.

Scott Joftus has one child attending MCPS schools and another who is a graduate. He is the cofounder and president of FourPoint Education Partners, a consulting firm that works with school districts, boards of education and superintendents from across the country. He is an adjunct professor at George Washington’s Graduate School of Education and Human Development.

Kim Becker Koch is a MCPS graduate. She worked at NVR, where she oversaw lending in Maryland and Northern Virginia communities and is the mother of two children.

Victor Mastroianni is a business development and account manager at AARP and has been an election judge, coach and PTA fundraising chair. He was involved with Michelle Obama’s Let’s Move Campaign.

Benjamin McDonough is chief counsel at the U.S. Department of Treasury, Officer of the Controller of the Currency. He received his law degree at the University of Michigan. His teenage daughter attends MCPS.

Neal Orringer is the founding president of Astro America, an applied science and technology research organization. He has worked on the staff of several U.S. senators as well as for the Secretary of the Defense. He is involved in the PTA.

Debby Orsak is a graduate of MCPS and all four of her children have attended or are still attending schools here. She is active with the PTA and has served on numerous MCPS committees. She is President of Cagley & Associates, Inc., a small minority-owned business in Rockville, whose practice is general structural engineering of buildings.

Margery Smelkinson is an infectious disease scientist at NIAID-NIH and a microscopist in the Biological Imaging Facility in the Research Technology Branch. She is involved in the county and state level on school reopening strategies and has written newspaper opinion pieces and has appeared on television and radio. She has four school-aged children.

Vashti Van Wyke attended MCPS and has four children at MCPS. She is an attorney and received her law degree at the University of Pennsylvania. She is copresident of the Cabin John Citizens Association and vice-chair of the Western Montgomery County Citizens Advisory Board.

Julie Yang works at MCPS as its college and career coordinator and has been a member of MCPS Anti-Racism and COVID-19 advisory steering committees.

Jeremy Young works at AlJazeera as a senior producer for “Fault Lines.” He has a third-grader at MCPS.