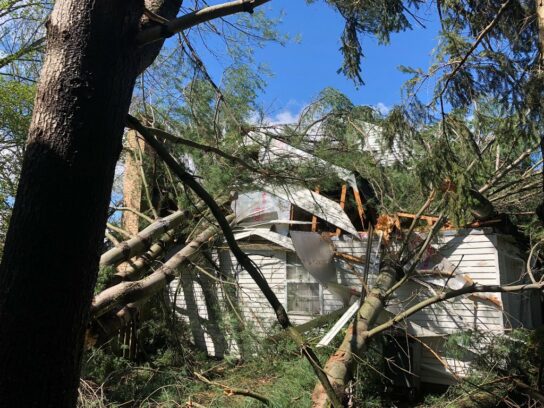 The storm that hit Montgomery County Monday has left several families displaced after many trees fell down on homes in Derwood.

The National Weather Service issued a severe thunderstorm warning yesterday afternoon for parts of Montgomery County. It is unclear when the families will be able to return to their homes.

ICYMI – several @MontgomeryCoMD families likely to be displaced because of damage https://t.co/S2McP9ZQoB