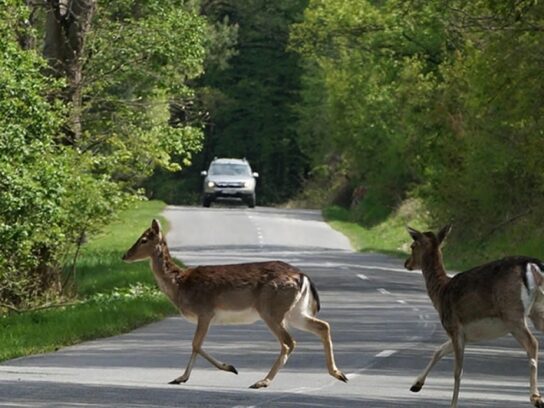 Hunters in Montgomery County killed 3,306 deer during the statewide harvest, which is a 19.4% drop as compared to last year’s hunt.

The Maryland Department of Natural Resources reported that deer hunters harvested 70,845 deer during the combined archery, firearms and muzzleloader seasons, from Sept. 10, 2021 through Feb. 3. The harvest was 13% lower than during 2020-2021.

Meat from the carcasses are used to feed the hungry. The harvest is conducted to control the number of deer in parks.

“Maryland hunters concluded another successful but challenging deer season,” Wildlife and Heritage Service Director Paul Peditto said. “Fluctuations in the annual harvest are attributable to various factors including hunter effort and natural food availability, but is also indicative that the deer population is trending toward a population level that reduces damage to agriculture and minimizes impacts on our natural communities.”

Frederick County had the highest reported harvest again this year, with 6,088 deer reported. Carroll County followed with 5,071 deer, and Baltimore County was third with 4,501. Garrett and Washington counties rounded out the top five with 3,923 and 3,899 deer, respectively, according to state officials.