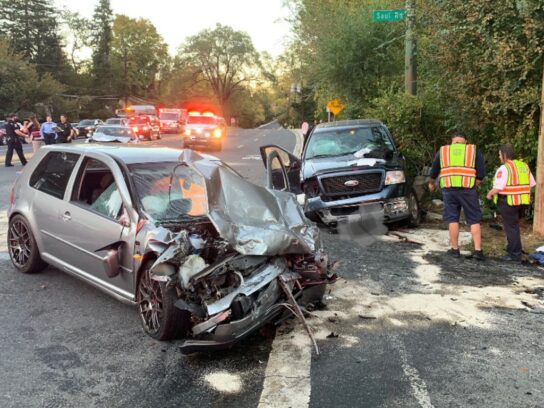 Five people were taken to the hospital after a collision in Kensington involving multiple vehicles and a cyclist, according to Pete Piringer, the spokesperson for Montgomery County Fire and Rescue Services (MCFRS).

The incident occurred Wednesday around 5:44 p.m. in the area of Connecticut Avenue and Saul Road. Piringer tweeted that first responders were dispatched to the scene after a vehicle appeared to have struck a cyclist, pinning the cyclist against a utility poll.