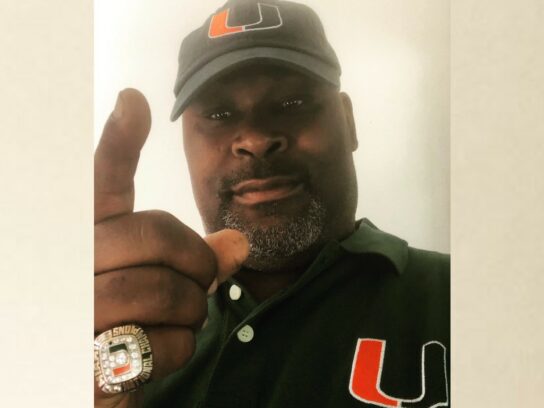 A GoFundMe online fundraiser has been set up to support the family of Corries Hardy, a barbecue food truck owner who died while working on his food truck on Sunday.

“On Sunday June 27th, Corries Hardy, a beloved part of both the Bowie and Bethesda communities passed away while doing what he loved best, Barbecuing to support his loving wife Roxie and their boys,” the fundraiser reads. Hardy was 49 years old and a Bowie resident, according to an obituary.

Hardy’s BBQ was born in 2003, according to its website. In 2013, Hardy and his wife, Roxie, “took a big leap of faith” and resigned from their careers. The truck comes to Bowie and Bethesda sites. In Bethesda, it comes to 7155 Wisconsin Ave., where the Montgomery Farm Women’s Cooperative Market is located.

The GoFundMe says Hardy was a gentle giant.

Happy Father’s Day to all the wonderful Dads. pic.twitter.com/jNLd6S2INn

“When greeting Corries, his hand would completely envelop yours, but with the softest grip and with a great big warm smile. His grilling was the spark to the Hardy’s business and Roxie was the firecracker that made the business come together. They are a great team and a special couple.” The fundraiser asks for help as the Hardy family determines a path forward over the next few months.

Hardy’s late grandparents taught him how to barbecue when he was 13 years old.

He served eight years in the U.S. Army. In 1991, as a member of the University of Miami football team, he won an NCAA National Championship ring.