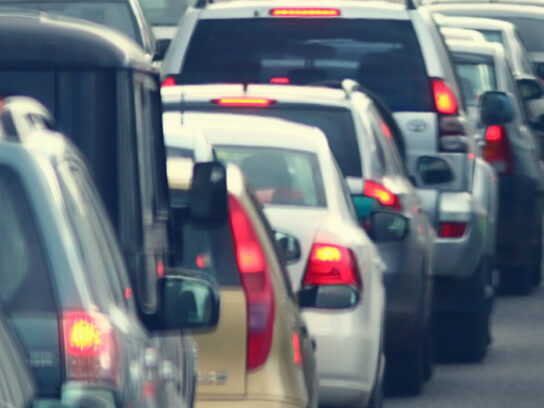 A massive highway widening project, designed to relieve congestion on the Capital Beltway and I-270, had stalled in Annapolis, but will now go forward after Gov. Larry Hogan and Comptroller Peter Franchot agreed to limit the scope of the first phase.

On Friday, Hogan sent out a brief tweet saying he and Franchot had reached a “major bipartisan agreement” about the project.

My statement on our major bipartisan agreement to advance traffic relief in the Washington Capital Region: pic.twitter.com/ByKp9nlM2H

Originally, Hogan wanted to add lanes to the Capital Beltway from the American Legion Bridge to I-95. Now, that part of the project will stop at I-270. The widening will then continue north until the interstate intersects with I-370 in Gaithersburg.

Montgomery County residents objected to the widening from I-270 to I-95 because it would likely consume homes, parkland and possibly Holy Cross Hospital.

Their objections led to Franchot announcing he wouldn’t support the multibillion-dollar project, when it was set to come before the state’s Board of Public Works. The three-member BPW, which also includes the governor and Maryland Treasurer Nancy Kopp, votes on all large contracts.

The scaled-back project will now go before the BPW at its Jan. 8 meeting in the State House. With Franchot’s approval, it is likely to pass.

To pay for the project, Maryland is using a public-private partnership, a so-called P3, where a vendor is chosen to design, build and maintain the project earning the tolls expected from new express lanes. The P3 needs the BPW’s assent.

The Hogan-Franchot brokered project also includes funding for transit, which local elected officials wanted to be part of the deal. Montgomery and Prince George’s counties will get a portion of the toll revenue, said Len Foxwell, Franchot’s chief of staff. Before the deal, the project had postponed transit revenue until after the bonds had been paid, which could have been 15 years.

And the American Legion Bridge, the main connection between Maryland and Virginia and a chokepoint for commuters, will also get extra lanes.

State and county officials have envisioned that the extra lanes would carry congestion-based tolls, similar to lanes in Virginia.

Councilmember Tom Hucker, who leads the council’s Transportation and Environment Committee, said he would have preferred the project would go through a transparent public process where individuals could submit testimony.

Instead, the community held rallies expressing their opposition to the plan, one as late as Dec. 16.

“It is personally gratifying due to all organizing we’ve done and all people who’ve come to the rally in Silver Spring, to see governor abandon his plan and embrace the alternative we put forward,” Hucker said.

Rockville Mayor Bridget Donnell Newton was unaware of the agreement between Franchot and Hogan.

“I’m stunned. I knew nothing. I heard nothing. I’m very disappointed,” she said.

Adding lanes to I-270 could mean homes in Rockville could be taken by the state. And she questioned the wisdom of handing over state land to a concessionaire, who would return it to Maryland, she was certain, when it needed upgrades the state couldn’t afford. 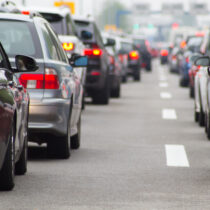