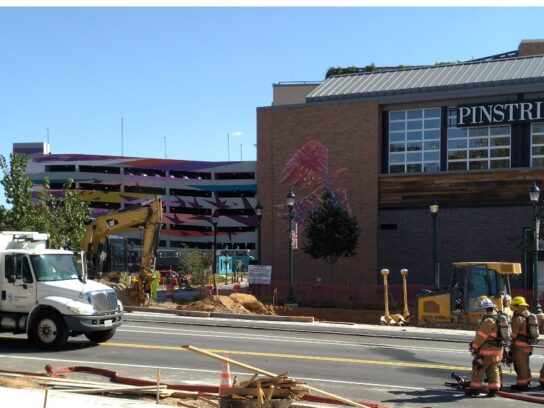 Washington Gas was notified of damage to a two-inch service line caused by a backhoe. Gas was shut off at 10:48 a.m.

Nearby roads were closed around Pike and Rose on Towne Road in Bethesda Tuesday morning following a high pressure gas leak. Some nearby buildings were evacuated and pedestrians were detoured around the area.

Washington Gas has controlled the leak, tweeted Pete Piringer, spokesperson for Montgomery County Fire and Rescue Services. He also noted that a hazardous materials unit was on the scene.