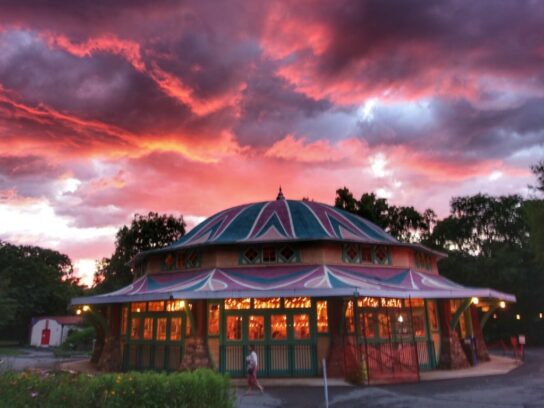 The Dentzel Carousel will operate again after a 23-month closure as Glen Echo Park celebrates its 100th anniversary season. The carousel had closed for repairs in June 2019 and then remained shuttered during the pandemic.

The Glen Echo Park Partnership for Arts and Culture is holding a ribbon cutting ceremony May 1 at 10:30 a.m. and many local and state officials are expected to be there. The public is invited to view the event virtually on the park’s website or on the partnership’s website.

The carousel was first installed in 1921 and is one of only 135 functioning antique carousels in the country and one of the few still operating in its original location. It is listed in the National Register of Historic Places. It includes 40 horses, four rabbits, four ostriches, a giraffe, a deer, a lion and a tiger as well as two circus chariots.

The program will include a talk on the history of the carousel and its cultural significance, including its role in the civil rights history of the region. Then, at 12:30 p.m., the park, which is a National Park Service Property, will open to the public. 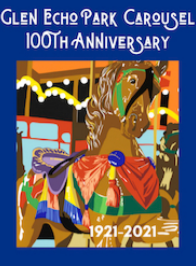 Additionally, the Dentzel carousel at Glen Echo Park was awarded the 2021 Heritage Award in the “Place” category from the State of Maryland through the Maryland State Arts Council, which comes with $5,000 in funding for the celebratory events.