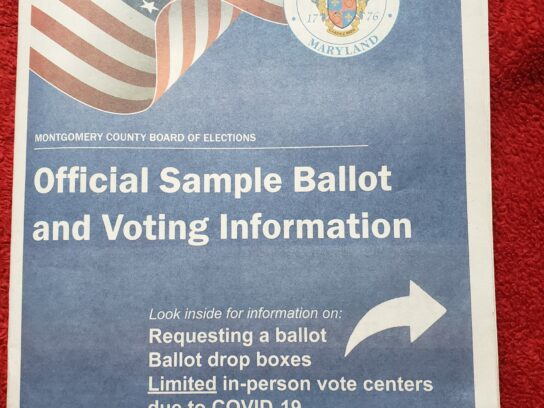 Two leading political figures in Montgomery County, neither of whom currently hold office, want voters to realize the importance of the ballot questions for this election.

Ballot Question B concerns tax limits and would take away the county’s power to enact property taxes that would exceed the rate of inflation even if all nine members of the county council agree to the increase. It would prohibit the county council from going over the current cap at all.

Question D would change the structure of the county council, eliminating all at-large seats. Under the current set up, there are five district members, who represent specific parts of the county, and four members who represent the county as a whole. If Question D passes, there would be nine districts, each with one councilmember, and no at-large members.