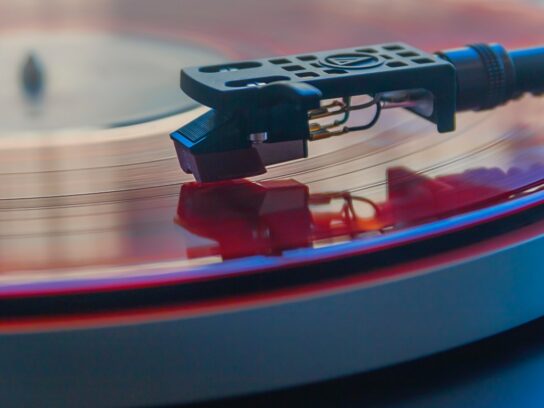 MCPL is currently accepting submissions to the contest. All acts must contain a live musical element and be family friendly. There is no age restrictions for the performers in the act, but most of the performers should live or work in the County.

Musical acts may enter the contest by submitting a recording or by participating in a live audition.

The contest will be held at the Vinyl Day event Saturday, April 18 at Silver Spring Library.  The libraries chose April for the event to correspond to the National Record Store Day, an annual event started in 2008 to celebrate the culture of the independently owned record store.

Six to eight acts will be chosen to perform at Vinyl Record Day, according to Eric Carzon, Branch Manager of the Twinbrook Library. A group of community “celebrity” judges will select first and second place winners. The Friends of the Library, Montgomery County, Inc. will provide the first prize valued at $100 and second prize valued at $50.

“We are delighted to celebrate the musical talents of our community and are looking forward to receiving many submissions,” said MCPL Director Anita Vassallo. “Music brings people together, and when performed by talented residents, it is inspiring for the whole community.”

For more information, visit www.mcpl.events/VinylDay or contact Eric Carzon by email at: Eric.Carzon@montgomerycountymd.gov or telephone at 240-777-0249.