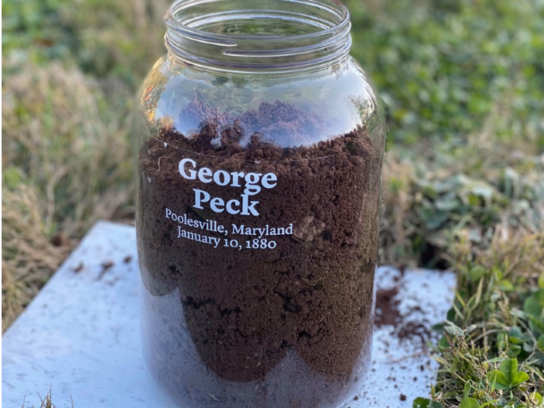 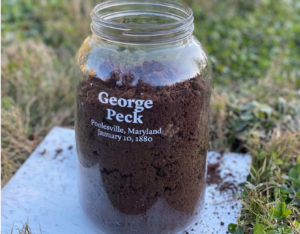 The Montgomery County Lynching Memorial Project collected soil Sunday at the site of a lynching of a 22-year-old African American man in 1880 as part of the Equal Justice Initiative in Poolesville.

George Peck, who had been accused of assaulting a white girl without trial, was attacked by a mob and hanged from a tree. “The mob dragged the man by his neck across the road from the store, threw him over a post-and-rail fence then dragged him across a lot to a locust tree,” according to story in the Jan. 12, 1880, Washington Evening Star.

Peck was one of three victims of lynching in Montgomery County.

Over a century later, the remembrance and reconciliation project on lynchings and the Equal Justice Initiative, a non-profit organization that confronts racial injustice, gathered with residents and council members to support community dialogue about racial injustice and the ongoing impact of racism.

Montgomery Councilmember Hans Riemer read a proclamation stating that the establishment of a Commission of Remembrance and Reconciliation is to document the history of racial oppression and implement programs that promote reconciliation.

The ceremony took place across from Poolesville Presbyterian Church where Peck was hanged. People took turns to scoop a handful of dirt and fill up six jars. Poetry readings were provided by students from John F. Kennedy and Poolesville high Schools.

The Equal Justice Initiative collected the soil and engraved Peck’s name on the jar where it will be displayed at the EJI’s legacy Museum in Montgomery, Alabama.