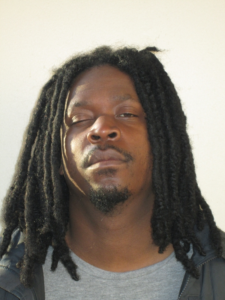 Police said a man was arrested and charged for a stabbing outside Max’s Kosher Café in Wheaton.

Bryant Whack, 32, of Silver Spring, is charged with first-degree assault, the Montgomery County Police Department (MCPD) wrote in a release.

At about 12:38 p.m. on July 14, officers were called to the establishment for a stabbing. According to police, Whack was panhandling inside, allegedly stole a tip jar and walked out.

An adult male employee followed him outside and confronted Whack, who then sprayed the employee with pepper spray and stabbed him before leaving.

The employee was taken to a hospital in serious condition.

A lookout was placed for Whack’s description. Police said 4th District Community Action Team (DCAT) officers saw someone matching the description running behind a laundromat on the 11300 block of Georgia Avenue. Officers apprehended the person and identified him as Whack.

He was taken into custody and is held without bond, according to police.

Last week, it was announced that Max’s Kosher Café is closing and July 28 will be its last day of business.

“We have worked tirelessly over the past few years to move Max’s,” reads a statement from Max, Larry and Justin Dekelbaum, of The Shalom Group.

“We were given the opportunity to move closer to the community however, due to conditions beyond our control, we are not able to relocate. If the right opportunity arose, we would welcome the idea of reopening.”