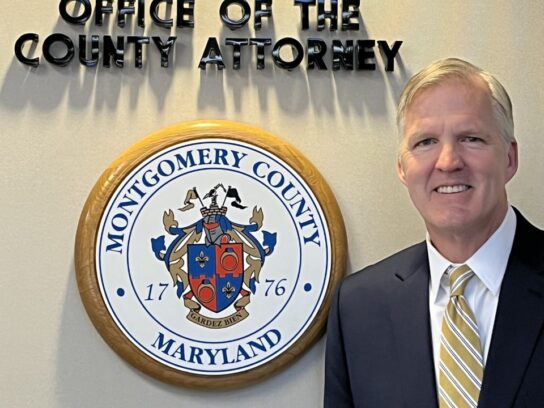 John Markovs, who has been Montgomery County’s acting attorney since January, was appointed to fill the position that was held be Marc Hansen prior to his retirement.

He was recommended by County Executive Marc Elrich and unanimously approved by members of the county council, who praised his legal and managerial skills and dedication to public service.

“We are confident that Mr. Markovs possesses the knowledge, experience and passion needed to tackle immense challenges and provide the County with valuable legal opinions,” said Council President Gabe Albornoz.

As county attorney, Markovs is the chief legal officer for the county. He and his staff defend the county against lawsuits and “hold those who do harm to the County accountable,” Elrich noted.

The office is responsible for conducting all the county’s legal business and also serves as legal advisor to the county, executive and all departments, agencies, boards and commissions.

Previously, he was in private practice in Maryland, Virginia and California. He is an adjunct professor at the University of Maryland Francis King Carey School of Law.