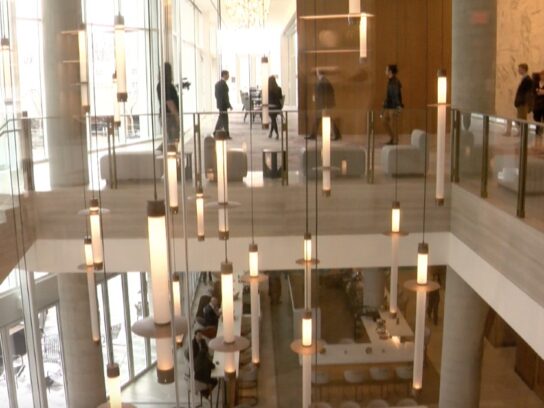 MEDA recognized the Marriott’s Bethesda location for its projected $2.3 billion in business activity during its first year of operation, according to a media release.

“Marriott is a truly deserving honoree as the Maryland Project of the Year,” Montgomery County Economic Development Corporation (MCEDC) president and CEO Benjamin Wu said in the release. “They recognized early a growing reality that the way people work post-pandemic would change. The scale and speed which they had to redesign and meet shifting workplace needs is without precedent for a Maryland company.”

Marriott International plans to move to a new global corporate headquarters this summer but will remain in downtown Bethesda.

“Marriott is excited to move into our new downtown Bethesda headquarters this summer and to carry on the proud legacy that has been built in Montgomery County, a community we have called home for more than sixty-five years,” Marriott International executive vice president and global treasurer Carolyn Handlon said in the release. “We’re delighted with the recognition as Maryland’s Project of the Year. We believe our new headquarters is truly the right place for our team of associates.