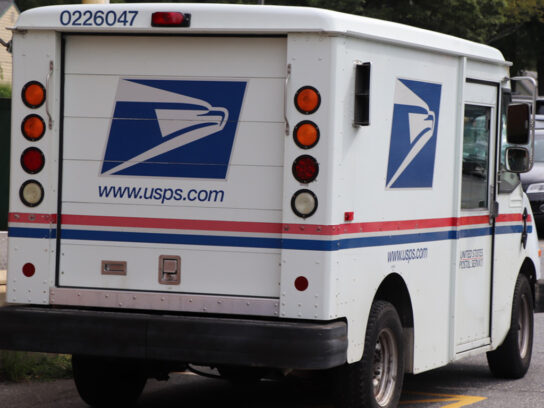 Maryland congressional Democrats called on the U.S. Postal Service to address mail delivery problems that the state has faced in recent months following a meeting they had Monday with agency officials.

The state has “experienced one of the worst postal backlogs in the country,” the federal lawmakers said in a statement Tuesday, “and there are no excuses for the widespread breakdown of mail delivery.”

Delayed processing times and postal staff shortages have led to lost and late mail as “Americans are relying on the Postal Service more than ever” amid the COVID-19 pandemic, the members of Congress told Postmaster General Louis DeJoy in a February letter.

Concerns from constituents shared in the letter highlighted how the large-scale hold ups are having harmful effects on people’s everyday lives.

Bill payments are arriving late, prompting additional fees and credit score damage. Prescriptions are taking weeks to arrive on patients’ doorsteps. And small business owners’ orders are getting stuck in processing on their way to customers, threatening losses in livelihood.

Monday’s virtual meeting between the lawmakers and Postal Service officials was arranged to “shed light on the lost mail and costly delays that have harmed Marylanders,” the delegation members said. But they were left with “serious concerns” about DeJoy’s operational plans.

The Postal Service head, who took office in June, sparked controversy this past summer when the agency implemented cost-cutting measures such as pulling mail-sorting machines, reducing retail hours and lessening overtime for employees.

An October report from the Postal Service’s Office of Inspector General found that these initiatives, in conjunction with the pandemic, “negatively impacted the quality and timeliness of mail delivery nationally.”

The federal lawmakers said following the meeting that they will continue monitoring mail delivery in Maryland and expect regular status reports from the Postal Service that show improvements.

“We will not stop fighting for our constituents until these problems are addressed,” the delegation members said.