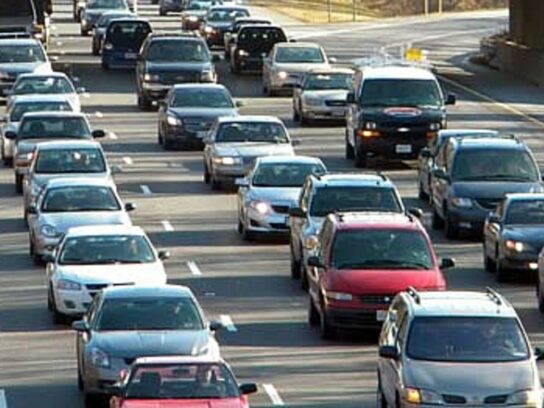 Four Maryland organizations filed a lawsuit to the U.S. District Court in Maryland on Oct. 11 to prevent a highway expansion project aimed at widening stretches of Interstate 270 and the Capital Beltway with toll lanes.

The environmental and preservation organizations, who sued Maryland Department of Transportation (MDOT) and Federal Highway Administration (FHWA) officials, claim the plan’s approval is based upon, “an insufficient and error-filled environmental review,” according to a Sierra Club press release.

“Given the climate crises before us, there are smarter, cleaner ways to improve our transportation system,” Josh Tulkin, director of the Maryland Chapter of the Sierra Club said in the statement.

The Maryland chapter of the Sierra Club, Friends of Moses Hall, the National Trust for Historic Preservation and the Natural Resources Defense Council filed the suit to halt progress of the project to add two toll lanes in each direction on the Capital Beltway between the American Legion Bridge and Bethesda, until the project conforms to federal environmental law.

“Instead of rushing into a project that will lead to more pollution, more traffic and more profits for outside companies, Maryland should take a step back and reconsider its options,” said Tulkin.

The organizations claim the addition of toll lanes would fail to mitigate traffic congestion and have costly implications for drivers. Furthermore, the groups argue that the “unnecessary” project would increase air pollution and affect low-income communities of color along the Beltway, according to the 46-page lawsuit.

The groups allege deficiencies in the environmental review, stating that the FHWA and MDOT ignored a requirement to determine how additional traffic from the expansion on the Beltway and Interstate 270 would increase soot levels near the highway.

The lawsuit states the project would “likely increase concentrations of fine particulate matter, which damages heart and lung health” and charged that MDOT “refused to conduct any analysis of this harmful air pollution.”

In addition to the posed health risks with pollution, the organizations claim the project threatens to disturb two historic sites: the Morningstar Moses Cemetery, a historical African American cemetery next to the Beltway in Cabin John, and a biology research field site under the American Legion Bridge.

“Before going any further with this project, the state must account for and protect the remains in Morningstar Moses Cemetery,” said Diane Baxter, a board member of Friends of Moses Hall, in the press release.

In the extensive filing, the groups say the MDOT and FHWA acknowledged that people buried in the 130-year-old cemetery could be in the path of the expansion, but the departments failed to conduct an analysis to determine if the project would definitively disturb any graves.

“State officials have acknowledged the damage done to historic Black communities when the Beltway was built in the 1960s, but that hasn’t stopped them from moving to harm our community once again,” said Baxter.

The organizations additionally stated new piers for a widened American Legion Bridge would disrupt Plummers Island, an undeveloped site considered to be one of the nation’s most scientifically intriguing islands. Construction might worsen flooding and erosion on the island and the shadow from the wider bridge could damage research plots and rare plants, according to the press release.

Pete DeMarco, an attorney representing the Sierra Club and other plaintiffs in the lawsuit, noted in the press release that the state and federal government have an obligation to “consider [the plan’s] true costs to health, equity, historic preservation, and the environment.”

The project is part of Maryland Governor Larry Hogan’s initiative to eliminate traffic congestion along major highways throughout the state and around metropolitan areas through a 50-year highway expansion contract. The proposal for the plan underwent a four-year review as part of the National Environmental Policy Act.

Following the release of a 26,000 page Final Environmental Impact Statement (FEIS) of the proposal, detailing the environmental review process, Maryland Transportation Opportunities Coalition Chair Ben Ross claimed the state’s review included unexplained changes in traffic models. The adapted models were used to predict how much time commuters would save with the addition of toll lanes, according to a letter he sent to the U.S. Department of Transportation.

“Anomalies in the FEIS traffic forecasts create serious doubt whether the new traffic forecasts could have been generated by correcting previous errors and suggest possible falsification of model outputs,” Ross wrote in the letter.

The U.S. Department of Transportation conducted a review of the research and “did not find scientific integrity fraud,” but said it “lacked the information necessary to evaluate plausibility or validity,” of MDOT’s traffic findings, according to the Volpe National Transportation Systems Center’s final impact statement.

In the lawsuit, the groups assert that the MDOT is withholding “crucial” information about its claim the toll lanes will reduce traffic after the federal Department of Transportation’s conclusion. “ Residents are entitled to know the full story about this project before the state guarantees millions of dollars to a private company,” said DeMarco.

The FHWA issued the “record of decision” that permitted the plan in August of 2022 at the behest of many critics. Montgomery County Executive Marc Elrich noted the government’s mishandling of the situation as “bereft of transparency,” in a statement following the record of decision.

“Instead of working with partners in the government and throughout our state on this project, the Hogan Administration is rushing through a long-term commitment to a private corporation that will cost billions of dollars and will not fix gridlock,” he argued.

In the wake of these new lawsuits, the delay-ridden plan seems likely to be extended further. 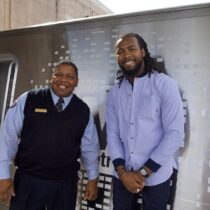