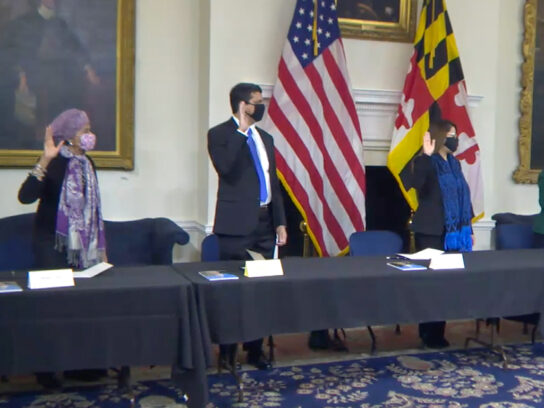 During the official voice votes and signing of numerous documents on Monday, the 10 electors cast their votes with descriptions like optimism, pride and a repudiation of hate.

Maryland has 10 electors, eight for each of its United States senators and two for its representatives. As it is a winner-take-all state, Biden and Harris were awarded all 10 votes from the six female and four male members.

In the Nov. 3 election, Marylanders cast 300,000 more votes for Biden and Harris than for Pres. Donald Trump and Pence.

Gov. Larry Hogan addressed the electors prior to their vote, thanking them for their work in “the peaceful transition of power,” adding, “It is a hallmark of our democracy that has been handed down.”

Gloria Lawlah, who was state Secretary of Aging from 2007 to 2015 and is from Prince Georges’ County, is president of Maryland’s Electoral College. She presided over the 45-minute meeting on Monday, calling the vote “a repudiation of hate” as well as “an affirmation of benevolence.”

Kathleen Matthews, who chaired the Maryland Democratic Party from 2017 to 2019, said she was proud to vote for Biden. She noted that Marylanders had the highest turnout in the state’s history and that Biden and Harris “won our state of Maryland by more than any other presidential ticket in our history.” 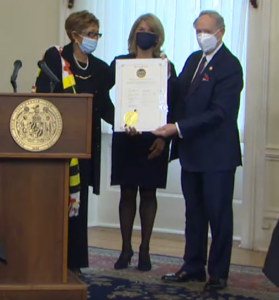