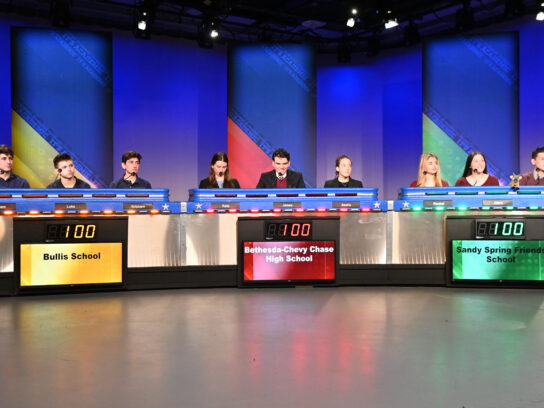 After two and a half years of taping shows virtually due to the pandemic, It’s Academic, the iconic high school quiz show, is back in studio. Four shows — including one that featured all three schools from Montgomery County — were taped at the MCM studios in Rockville on Sunday.

Now in its 62nd season, It’s Academic is the longest running quiz show in television history according to Guinness World Records.

Beyond being a local institution, the show is a family business. Sophie Altman created the show which debuted on television in 1961. Her daughter Susan Altman is now the executive producer and granddaughter Robin Trepanier is the producer.

Everyone involved, including host Hillary Howard, was happy to be back in person.

After decades on NBC4, It’s Academic — sponsored by philanthropist David Rubenstein and the Mitre Corporation — now airs on WETA. 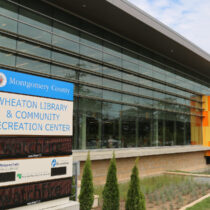