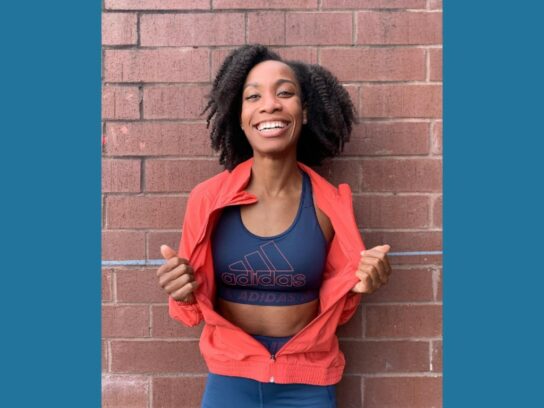 There were mornings when Thea LaFond could sense students peering through the gymnasium doors, waiting for the bell to ring so they could attend class. A few watched – some in awe – as their teacher worked her way through the weight room, pounding serious iron.

“You lift a lot of weight,” one said.

Another recognized LaFond – her picture hangs on a banner at John F. Kennedy High School recognizing members of the Silver Spring school’s athletic Hall of Fame.

“Isn’t that your face?” another said, before revealing he was familiar with her story. “And you’re an Olympian? How come you didn’t say it?”

LaFond holds the Maryland record in the women’s triple jump, and competing this summer in the event will mark her third time representing her country. https://t.co/vBUaRRHv0F

LaFond isn’t one to boast about her accomplishments. Rather, they speak for themselves. And she will have the opportunity to write the next chapter later this month, when she competes in the Olympics in the triple jump for the second time as a representative of the small Caribbean nation of Dominica. (Her parents moved to the United States when LaFond was 5 years old; she holds dual citizenship.)

As she prepared for practice Thursday night before heading off to Tokyo in 72 hours, LaFond marveled at the twists of her career. Consider these key moments:

Thea LaFond made history when she won the bronze medal in the triple jump at the 2018 Commonwealth Games, and in so doing became the Dominica’s first ever medallist at the Games. She reflects on this moment and shares about her background as a dancer.

LaFond’s typical schedule would include a before-school weightlifting workout, teaching a full school day at Kennedy, then a track workout after school, often at Churchill. The results started coming in as she jumped longer and longer. She earned a sponsorship from Adidas. LaFond took extended leave from her teaching position for the spring semester in order to focus on her training. She will be one of two Olympians competing for Dominica and will be the flagbearer in the Opening Ceremony.

“Here we are and I’m leaving Sunday to go to the Olympics,” LaFond said. “It’s crazy how this all stems from be blowing up Muhammad on Instagram. … Kennedy has been very, very kind and understanding to this entire process. I am very thankful for that. If I didn’t have a situation like that, I don’t know if I could do this.”