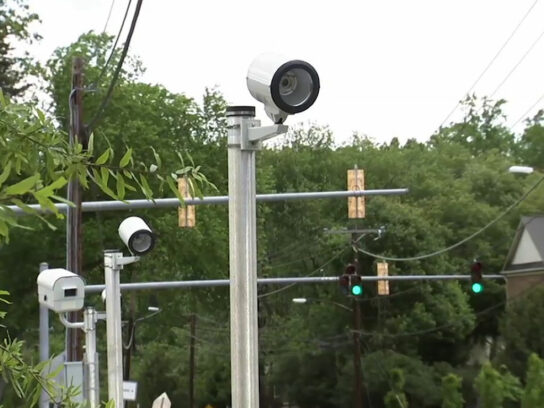 Beginning as early as 2021, drivers speeding through Montgomery County might fall victim to newly added speed and red-light cameras, as the county plans to double the number in use.

At an Oct. 29 Public Safety Committee meeting, Assistant Chief Tom Didone of the Montgomery County Department of Police told County Council members that the department is in the process of adding additional cameras, which he says has taken them a while to do. “The procurement for a new automated system is two years. This is my third contract. We can’t get these things done in an any shorter time.”

The plan to add additional cameras was implemented prior to the pandemic. However, Richard Hetherington, who leads the department’s Automated Traffic Enforcement program, says the pandemic allowed for cars to speed up, with the department catching some people travelling 80 mph and higher on local roadways. “Those are fatalities waiting to happen,” Hetherington says.

Areas eligible for cameras are locations zoned as residential, with speed limits no higher than 35 mph. Hetherington says school zones are also eligible, adding that as of 2018, the county had 325 approved “speed camera corridors,” but only 39 cameras to rotate between locations.

However, before cameras can go to the approved locations, they have to be properly advertised. “We’ve advertised additional blocks along the corridors. We’ve advertised these locations in advance, and it cost over $10,000 for us to do this in The Washington Post because it’s the only newspaper in general circulation around here,” Hetherington says.

Hetherington added that residents still request cameras be installed in places he never thought of. “I’ve gotten well over 85 requests for cameras in places that [the department] never imaged would get requests for,” he says, noting that one person asked for a camera to be placed in a cul-de-sac to catch a single driver who frequently speeds through.

Although Hetherington says he understands these types of requests, new development areas like Clarksburg are areas of interest and are more likely to receive additional cameras. “I’m sure there’s some frustration out there from citizens that live in these little residential neighborhoods [where] we haven’t plopped a camera down. I get that. I feel I have an obligation to prevent injury and fatalities first.”

Didone says the program supports itself, with the county seeing close to $100 million generated from speed cameras since 2015. The program brought in nearly $12 million during the last budget year, which ended in June.

“Of the issuable events, we issue about 95% of the possible violations for speed and about 90% of the violations for red lights, so our program is very effective and efficient,” Didone says.