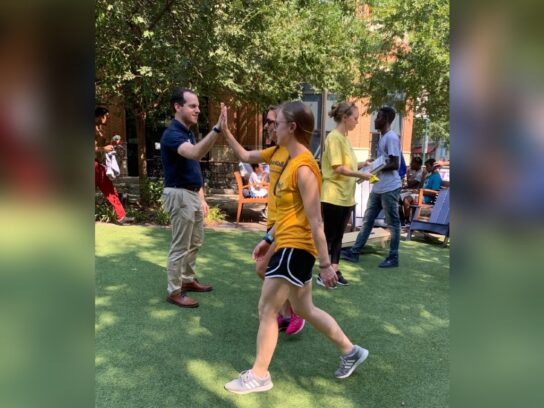 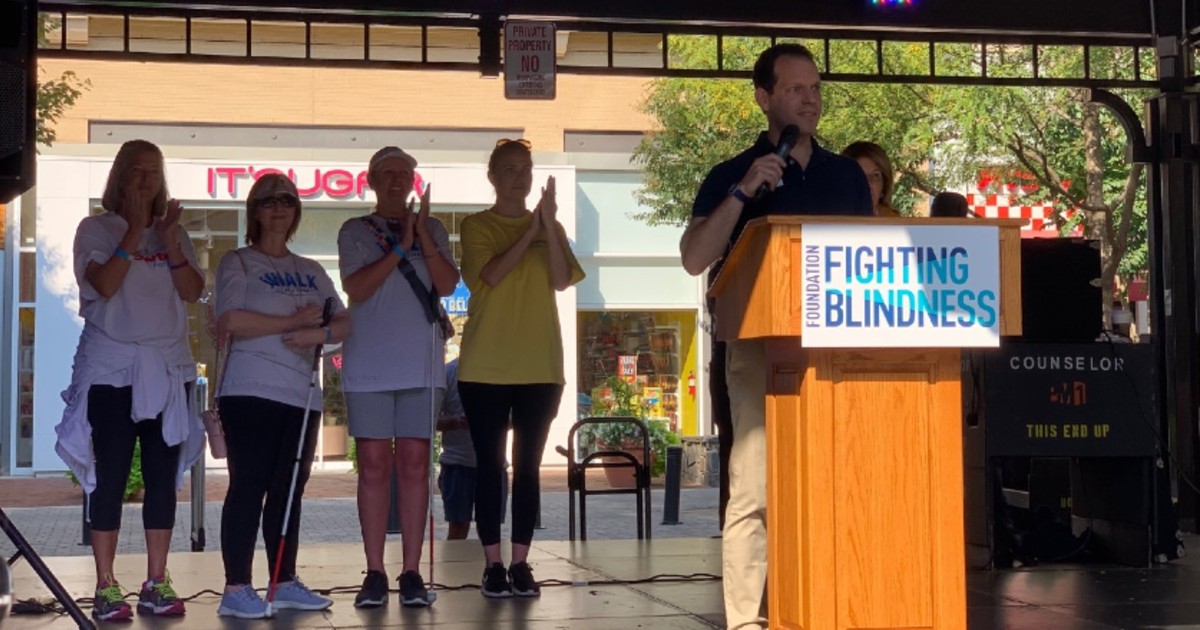 Montgomery County celebrated its 10th annual 5k VisionWalk for the fight against blindness at the Rockville Town Square Plaza on Sunday.

The Foundation Fighting Blindness hosted the run along with several games, activities and entertainment. Many of the walkers who attended were visually impaired and walked with the support of their friends and family to guide them through the course.

Montgomery County Councilmember Evan Glass was one of the many participants standing by the finish line supporting and cheering on the walkers.

This year the foundation has raised almost $120,000 in support of the visually impaired community, almost reaching their $125 thousand goal. Since 2006, VisionWalk has collectively raised over $53 million which has gone directly to funding research, preventions, and treatments of retinal degenerative diseases. There are now over 32 states that host this event.

The Foundation offered prizes to all participants, courtesy of different sponsors of the event such as MyEyeDr, Delta Gamma Fraternity, Giant, Starbucks and others. The walk gives anybody the chance to help raise awareness and participate with the organization by either becoming a sponsor, volunteer or fundraiser.