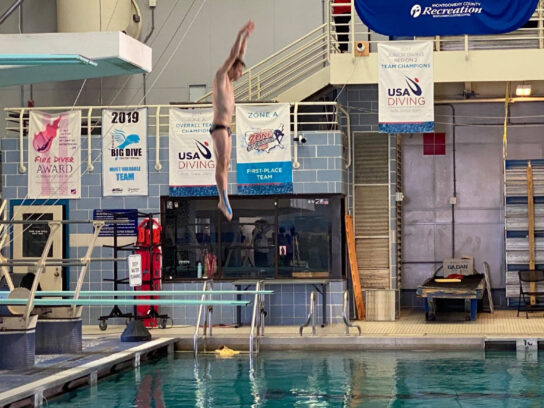 Johnson is a silver medal-winning Olympic diver that made his debut at the 2016 Rio Games. The 24-year-old diver won his first Olympic medal alongside David Boudia in the men’s 10 meter synchronized platform diving competition. He also placed 13th in the individual 10 meter diving competition.

Some of Johnson’s other career highlights include competing in three world championships and four World Cups. He is also expected to compete in the 2021 Olympics in Tokyo this summer.

Olympic diver, Steele Johnson visited Kennedy Shriver Aquatic Center on Friday and it was pure magic. We’re taking you behind the scenes of his promo shoot. #KSAC #swimmer 🏊‍♂️ pic.twitter.com/dHmggCgc6L