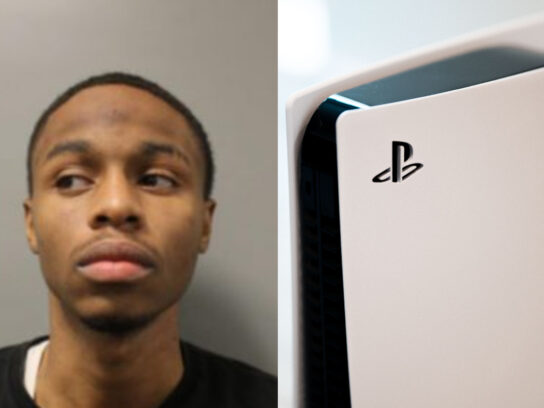 The recently released PlayStation 5 (PS5) has been hard to come by this year, and with the holidays quickly approaching, people looking to buy one have been forced to search online marketplaces like Craigslist and OfferUp. But for one seller on OfferUp, the parking lot transaction for his PS5 did not go as planned.

According to Montgomery County Police from the 4th District, the seller was robbed at gunpoint in a public parking lot in Wheaton by Croix Jackson, 19, of Washington, D.C.

Officers responded to the incident just after 4:30 p.m. on Dec. 2. The seller told police he had posted his PS5 for sale, and that Jackson, using a fake name, had contacted him to purchase the device on Dec. 1. Police say that when Jackson and the seller initially met, “Jackson stated that he did not have the cash to purchase the PS5 but would have it the next day.”

Suspect arrested for armed robbery after agreeing to purchase item on OfferUp and robbing seller at gunpoint. Handgun recovered by officers: https://t.co/IUkYd4Fqsi

Upon meeting for the second time on Dec. 2, Jackson approached the seller, pointing a handgun at him and demanding that he hand over the PS5. Jackson fled the scene with the PS5, .

The seller was able to provide officers with a description of Jackson, who had been seen by another witness dumping the PS5 in a duffle bag at a nearby residence.

“At approximately 4:50 p.m., an officer observed a suspect matching the description of the suspect (Jackson) walking in a residential yard on Arcola Avenue,” police said in a press release. Jackson saw the officer and ran, dumping the handgun before being arrested on Little Sorrel Way.

Jackson was transported to the Central Processing Unit, where he was charged with armed robbery. Police say additional handgun charges are pending.

The handgun possessed by Jackson was recovered by officers at the scene.

The Montgomery County Police Department reminds residents to use caution when buying or selling from an unknown person. Police say you can keep both parties safe by meeting at designated safe Exchange Zones, which are located in the lobbies and parking lots of six police district stations.

Additional tips for safety include: