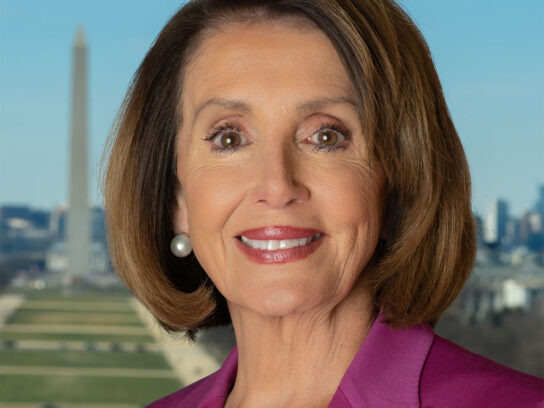 During Pelosi’s remark‘s she called Roberts a “national treasure, whose passing is a great loss for America.”

“The passing of Cokie Roberts is a great official loss for our nation, and a deep personal loss for all who were blessed to call Cokie a friend.”

During the eulogy, Pelosi spoke about her personal connection with Roberts, as both women and daughters of parents who were in Congress at the same time.

For me, it is official, and also deeply personal. Our two families share a friendship that spans generations. Our parents had come to the Congress at around the same time, when my father Tommy D’Alesandro and her father, the legendary Hale Boggs, who would become the Democratic Leader of the House and he lovingly represented Louisiana while they served in the House together. So, our parents – or, at least I think – that’s why Cokie was always so protective of me, many years later.

Pelosi also spoke about serving with Roberts’s mother in Congress, who took her husband’s seat in Congress after he died in an air crash.

Roberts’s sister Barbara Boggs had served as the Mayor of the Borough of Princeton in New Jersey from 1983 until she died of cancer in 1990.

“Cokie knew her power, and she used it to forge a better America. We will dearly miss her great spirit of generosity and goodness, radiating joy to all,” Pelosi said.