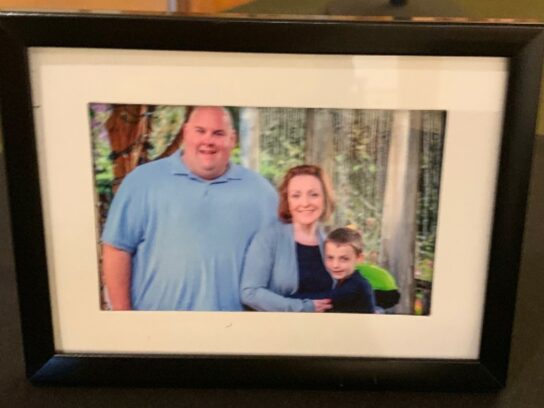 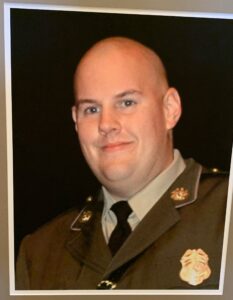 In a Gaithersburg church where an estimated 1,000 mourners came to give their respects to Officer Thomas “T.J.” Bomba, the delicate subject of suicide was never far from the lips of the service’s speakers.

Bomba, who took his life Monday in a Silver Spring parking garage, still suffered from a strep infection that nearly killed him 10 years ago.

The infection came during police training. At the time, Bomba received last rites but battled the disease to return to the force.

“The incredible amounts of stress placed upon his body, his heart, his brain, and the nearly year long recovery from strep infection permanently altered T.J.,” Kinser said. “I only share this because it’s important to know what took T.J.”

In his address to the congregation, Acting Chief Marcus Jones told Bomba’s family he was a valuable police officer.

“He helped a lot of people who were in need and he did it without complaint. This is what heroes do,” Jones said.

Then, to the department as a whole, especially the Silver Spring police district where Bomba was a patrol officer, Jones said:

“I pledge to you that we are here for you and that I will help you in any way that I am empowered to you. That’s a promise.”

The service, inside Covenant Life Church, included honor guards and bagpipes. Officers from around the country came to represent their own officers.

Pastor Greg Zetts, the police department’s chaplain, said the Montgomery County Police Department, and all departments, need to confront the “enemy” of depression that can afflict its officers.

Police need to confront the stigma of depression and break the culture of fear of discussing mental illness.

“We are only as healthy as our secrets,” Zetts said.

Bomba was born in Erie, Pa., and grew up in Cambridge Springs, Pa. He earned an associate’s degree in criminology.

“He was always a cop. He never once contemplated another career option,” his friend Jared White said.