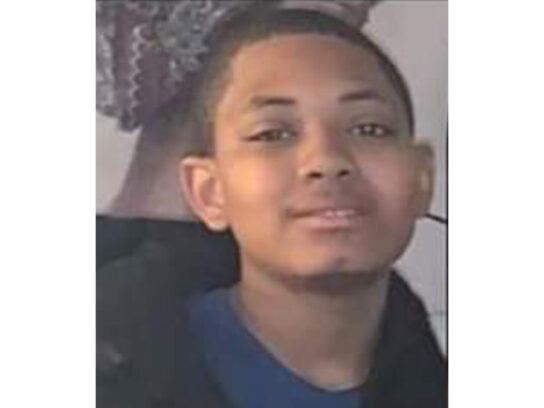 The Montgomery County Police Department is asking the public’s help in locating a missing boy from the Spencerville area.

Police identified the boy as 12-year-old Kevin Edwards. According to a police statement, Edwards was last seen Thursday at around 5:30 p.m. leaving his home on Peach Orchard Road “in a dark grey 2015 Hyundai Santa Fe with MD license plate: 4ED3538.” Edwards is believed to have left his home voluntarily, according to investigators.

Police say Edwards “is approximately 4’ 11′ tall and weighs approximately 90 pounds. He has black hair and brown eyes.” Police and friends of Edwards are concerned for his welfare.

Anyone with information about Edwards’ whereabouts or the Hyundai Santa Fe should call the Montgomery County Police Special Victims Investigation Division at 240-773-5400. People can also call the police non-emergency number at 301-279-8000.