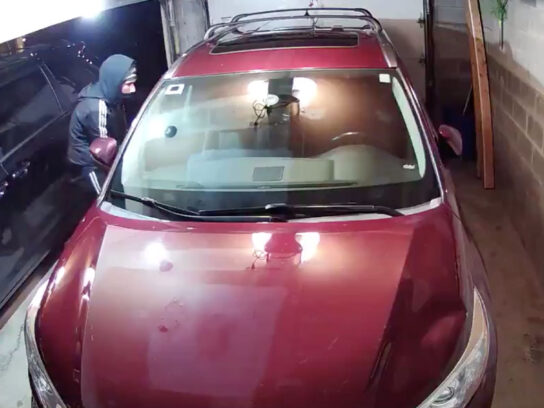 Montgomery County police are asking for the public’s help in identifying the man in the surveillance video that captured a theft from a car in Montgomery Village on Jan 2.

The theft occurred at about 5:30 a.m. Jan. 2 in the garage of a home on Dellcastle Road. The man stole items from a car parked inside the garage, according to the police.

Police say surveillance video from other homes on Dellcastle Road captured the same man attempting to enter cars. Detectives are investigating the possibility that this man is involved in additional crimes in the area.

Anyone with information regarding the man is asked to call the Montgomery Village police district Patrol Investigations Unit at 240-773-5745. Those who wish to remain anonymous may call Crime Solvers of Montgomery County toll-free at 1-866-411-TIPS (8477). Crime Solvers will pay a cash reward of up to $10,000 for information that leads to an arrest.

Here are video images of the Montgomery Village theft: