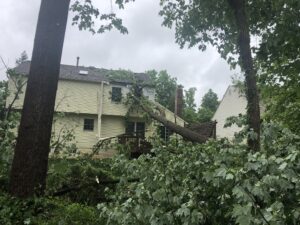 He said the homes were occupied, but residents received a tornado warning and took appropriate action. There were no injuries reported.

Several families will be displaced.

As of 3:40 p.m., parts of Queen Elizabeth Drive were closed to traffic.