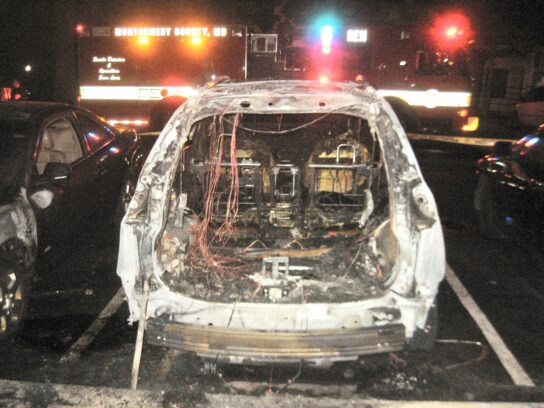 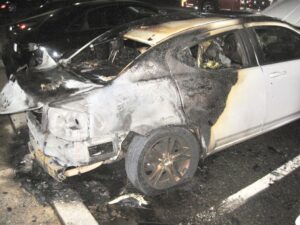 Montgomery County Fire and Rescue Services say an arson investigation is underway after multiple vehicles were set on fire in Germantown on Tuesday morning.

Firefighters responded to the 19300 block of Circle Gate Drive near Wisteria Drive around 3:30 a.m. for a report of a vehicle on fire. When they arrived, authorities say they found seven parked vehicles on fire in several locations in that area. The vehicles had damage totaling about $40 thousand according to MCFRS officials. No nearby buildings were damaged and there were no injuries reported.

Fire investigators say the blaze was suspicious and determined it was arson.

This incident is still under investigation and anyone with information is being asked to call the MCFRS Arson Tip Line at 240-777-2263.