While only 16 years old, Taikirha Miller already has 2,000 social media followers; has won numerous modeling pageants including the very first one she entered; been accepted to enter Miss Teen USA for Maryland and has had her photo toweringly displayed on 30 billboards in New York’s Times Square.

She also happens to be the voice of Qai Qai, the doll of Alexis Olympia Ohanian, the almost-five year old daughter of tennis superstar Serena Williams.  The doll is a social media sensation with a combined total of more than 3 million followers on Instagram, Tik Tok and You Tube and can be purchased on Amazon.

The rising junior at Kensington’s Albert Einstein High School speaks and sings for Qai Qai (pronounced quay quay) and also has done voice overs for the Jordan brand, Children’s Hospital of Richmond, a certain mouse house she had to agree not to disclose and a radio announcement concerning mental health.

“People have always said my voice is cute, and it needs to be heard,” she said. It wasn’t always so cute to Lisette Bethea-Scott, her mother, who admitted, “I said could you please talk like a big girl. Just stop.”

After en0ugh prodding from friends, Miller and her mom booked an agent.

“She’s been amazing ever since,” Bethea-Scott said.

Since 2018, Miller periodically receives a script, songs and reworked nursery rhymes the night before she goes to the studio to record.

The doll is expressive and displays a goat on her shirt, a testament to her mother’s success on the tennis court. 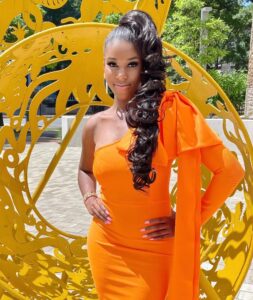 She enjoys the work, and “gets really excited when I listen to the songs. I start dancing in my room,” Miller said.

Her close friends are very supportive, but otherwise she keeps her fame private.

However, she said, “I am very interested in seeing how others treat me” once they learn she is Qai Qai’s voice. Through much of her youth, she was bullied. Classmates accused her of lying about her fame until one time Times Square posted her billboard on social media and noted that it was authentic.

She always had big dreams. Since Miller was nine years old, she wanted to be president. She will graduate Einstein with an associate’s degree in the International Baccalaureate program and then, major in criminal justice at Howard University and obtain a law degree from Harvard.

At Einstein, she participates on the dance and cheer teams and works with a modeling program she started.

Her advice to all this success is direct. “Follow your dreams and do what your heart says. Speak it into existence.” 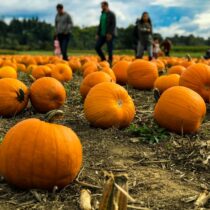 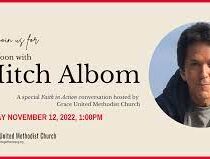