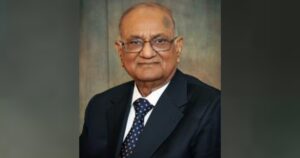 Tufail Ahmad, who founded the Montgomery County Muslim Foundation (MCMF), died on Thursday, a statement from the organization shared.

“He lived a great compassionate life working tirelessly to uplift the needy among us. He was the founder of MCMF, a great community leader and a visionary. He will be greatly missed,” the statement reads. Ahmad passed away in Pakistan.

He was born in India and came to Montgomery County with his family in 1973, according to a biography from the county. After Sept. 11, 2001, Ahmad urged Muslims to get involved in community service in the spirit of Islam and went on to create MCMF. It is a grassroots organization which aims to encourage the local Muslim community’s involvement in county affairs and community service. Ahmad was also chairman of the MCMF Board of Directors.

In 2018, he was awarded the county’s Roscoe R. Nix Distinguished Community Leadership Award.

“Maryland has just lost a great political force and a man of overwhelming kindness and decency, Tufail Ahmad,” U.S. Rep. Jamie Raskin (D-8) wrote on Twitter. “He was my friend and he will be missed sorely in our community.”

MCMF is planning a Zoom memorial service and will provide additional information.

Maryland has just lost a great political force and a man of overwhelming kindness and decency, Tufail Ahmad. He was my friend and he will be missed sorely in our community.