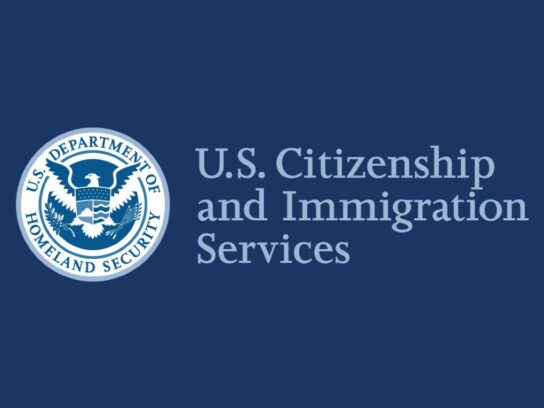 The U.S. Citizenship and Immigration Services released a new citizenship test Friday, making it longer and broader than it once was.

Apart from the oral exam, those seeking citizenship must also demonstrate reading and writing abilities in English. They have to read and write at least one sentence correctly out of three.

The exam, which will be in effect Dec. 1, has a total of 128 questions — 28 more than the current one. The officers must ask 20 questions to the person seeking citizenship. This is another change to the way the exam is conducted. In the past, officers could stop once the immigrant correctly answered the minimum of six, The Washington Post reported.

Under the new revisions, the person seeking citizenship must correctly answer at least 12 questions out of 20 – a score of 60%. In the 2008 version, there were 10 questions, out of which the immigrant would need to get at least six right — also 60%.

While the minimum passing score is not different, advocates told The Washington Post that the exam seems more nuanced.

“They’re obviously trying to make it more difficult,” Sarah Pierce, a policy analyst at the Migration Policy Institute, told The Washington Post. “What end will that achieve?”

Dan Hetlage, a USCIS spokesman, told The Washington Post that the increased number of questions “ensures the reliability and validity of scores” and that it is more accurate measurement of understanding of civics.

In some occasions, the differences are subtle, just slightly changing the phrasing of the question. Among the changes, there is a pattern of asking to explain rather than naming terms.

For instance, rather than asking what are the three words of the constitution that describes the idea of self-government, the exam now asks what the interviewee to describe what “We the People” means.

The new exam also adds questions, like why U.S. representatives serve shorter terms than U.S. senators, why the electoral college is important and the purpose of the 10th amendment. It also completely removed the geography session.

Now, the 2020 version has 15 questions on principles of American government and 47 on system of government. The test covers 10 questions on rights and responsibilities, 17 on colonial period history, 10 on the 1800s and 19 on recent American history. Symbols and holidays make up 10 questions. The 2008 version had 12 questions on principles of American democracy, 35 on the system of government and 10 on rights and responsibilities. It also had a section on American history, with 13 questions on the colonial period, seven about the 1800s and 10 on modern history. The integrated civic sessions had eight questions on geography, three on symbols and two on holidays.

Those who are 65 or older and has been a permanent resident for more than 20 years may study only the questions with an asterisk in the 2020 version and take the test in the language of their choice. Those who are eligible to take the 2008 test may study these questions.