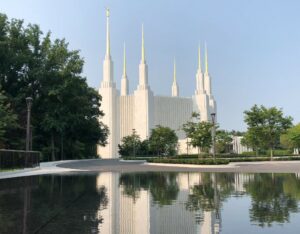 The Washington D.C. Temple of The Church of Jesus Christ of Latter-day Saints in Kensington — commonly referred to as the Mormon Temple —  announced it will open its temple to the public for the first time since 1974.

The open house will take place April 28 to June 4, 2022. The temple closed for renovations in 2018. Mechanical, electrical and plumbing systems were replaced, among other upgrades, but the building mostly preserves its original design.

The open house was originally planned for last fall, however it was postponed due to the COVID-19 pandemic. A temple rededication will be held in June after it is no longer open to the public.