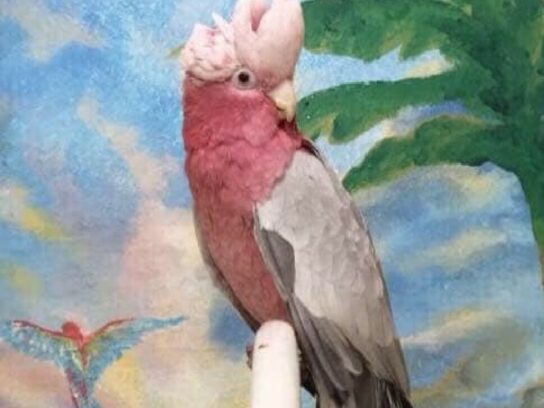 The foundation was opened in 1996 by Brian Wilson, a retired firefighter who’s known to many as a “bird whisperer.” Wilson started the foundation a year after he got in a serious car accident and was rehabilitated by parrots who helped him walk and talk again.

The foundation rescues, rehabilitates, and rehomes abused and neglected parrots. There are 22 volunteers that help the foundation every day, who learn about what it means to provide for parrots and care for them.

Unlike other rescue organization, Wilson rehomes the parrots free to owners who have volunteered with the organization at least six months. According to Wilson, often people will adopt parrots without understanding how to care for them and will give them away in less than two years. So Wilson is committed to helping others understand what it means to take on the responsibility of owning a parrot.

Sydney is one of 35 birds that is cared for by the foundation, located at Wilson’s house. Wilson said Sydney has been missing since March 11. Sydney has never flown before, so Wilson believes Sydney either got out of the house when no one was looking or someone took the bird. Wilson has filed a police report, but is committed to reuniting with Sydney.

Wilson is asking anyone who has seen Sydney to contact the Wilson Parrot Foundation 301 526-3655. The shelter is very concerned about finding Sydney.