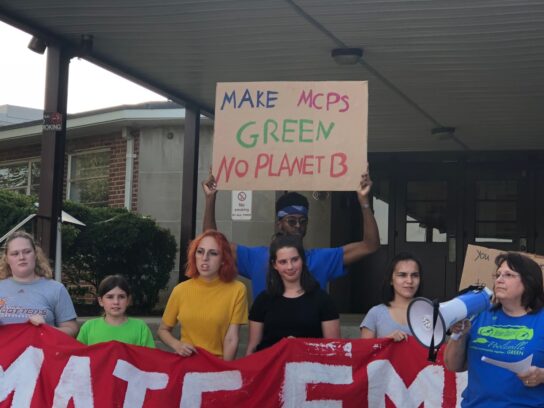 Students are stepping up to speak on climate change in the county. @mymcmedia pic.twitter.com/MFP6hXow3O

Students gathered with signs outside the east entrance of the Board of Education office in Rockville. According to their petition, their demands to MCPS are:

“1. New MCPS buildings will not contribute to any new greenhouse gas emissions.

Clemans-Cope led student walkouts for climate change last year at her elementary school. She met 16-year-old Swedish climate activist Greta Thunberg two weeks ago, who inspired her to do the same in middle school.

“Getting an agreement with administration is very, very hard to do,” said the 11-year-old. “But I’m not going to give up because talking to kids about the climate crisis is crucial to our futures.”

County Executive Marc Elrich also spoke at the rally. He supported the students there and encouraged them to grow their numbers. 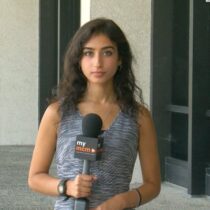 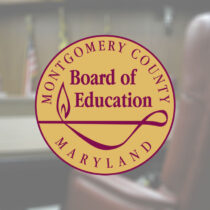 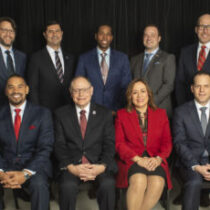