On Sept. 24 at approximately 10:06 p.m., Montgomery County police officers responded to a report of a robbery at the 15400 block of Gallaudet Avenue in Silver Spring.

According to police, King and Taylor allegedly broke into a Silver Spring residence where they found a child who was home alone. One suspect grabbed the child and demanded that she call her mother. Upon answering the phone, the two suspects demanded money from the mother.

The suspects did not find any money, however, but instead stole a firearm and personal documents before leaving the residence according to the release.

Detectives initially identified King as a suspect and arrested him on Nov. 1. Taylor was arrested on Nov. 3. Police made both arrests without incident.

King and Taylor are being held, without bond, at the Montgomery County Central Processing Unit in Rockville. 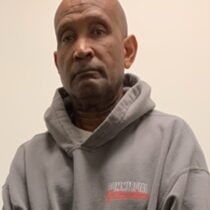