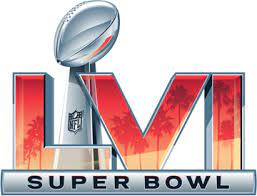 Five former Maryland high school football players including three from Montgomery County will be playing in Super Bowl LVI on Feb. 13 in Los Angeles. U.S. Senator Ben Cardin from Maryland highlighted the five athletes in a tweet on Monday. Three play for the Cincinnati Bengals and two for the Los Angeles Rams.

Congratulations to all of the Marylanders going to Super Bowl LVI! pic.twitter.com/vVghpV6z52

Jake Funk, 24, is a rookie running back for the Los Angeles Rams who selected him in the 7th round of the NFL Draft out of the University of Maryland. He led Damascus to a 3A state title in 2015, scoring a record seven touchdowns in the state championship game. Funk wears #34.

Rob Havenstein, 29, is an offensive tackle for the Rams. He is from Mount Airy and played at Linganore High School and Wisconsin. He wears number 79.

Keandre Jones, 24, played at Good Counsel in Olney then played at Ohio State before transferring to Maryland for his final season. He plays linebacker for the Cincinnati Bengals and wears a #47.

Zach Kerr, 31, is nose tackle for the Bengals. He started his high school career at Quince Orchard before going to Fork Union Military Academy in Virginia. He attended Delaware University. The Bengals are his 6th NFL team. He wears #69.

Isaiah Prince, 24, plays offensive tackle for the Bengals. He is from Greenbelt. He played at Eleanor Roosevelt High School Ohio State. He wears #75.