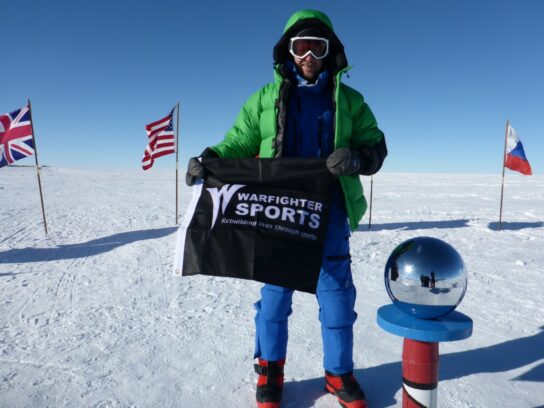 Cameron Kerr was lying in his hospital bed, thinking about his future after losing part of his leg to a mine in Afghanistan, when a fellow soldier stopped by.

His visitor painted such a vivid picture of how great Kerr’s life could be that the self-described 5-foot-9-inch, 140-pound not very athletic guy set his goals much higher than merely learning how to get around again.

Kerr was serving in the U.S. Army in February 2011 when he went to comfort an Afghan soldier who had stepped on a mine after walking where Kerr told him not to go.

Seconds later as Kerr snaked his way over to the man, he felt the impact of a secondary improvised explosive device, “which is kind of the weapon du jour.” 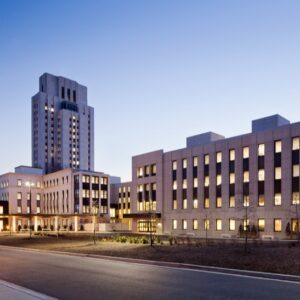 He was transported to Walter Reed Medical Center, where he stayed for about half a year, relearning how to walk and run.

With a slight laugh, Kerr, 32, noted, “I am far more active without a leg than I was with two.”

Since then, the 32-year-old competed twice in the Boston Marathon and hiked 54 miles in 24 hours in the Scottish Highlands with other wounded veterans. He marched in an annual commemoration of the World War II Bataan Memorial Death March in the White Sands Desert in New Mexico. 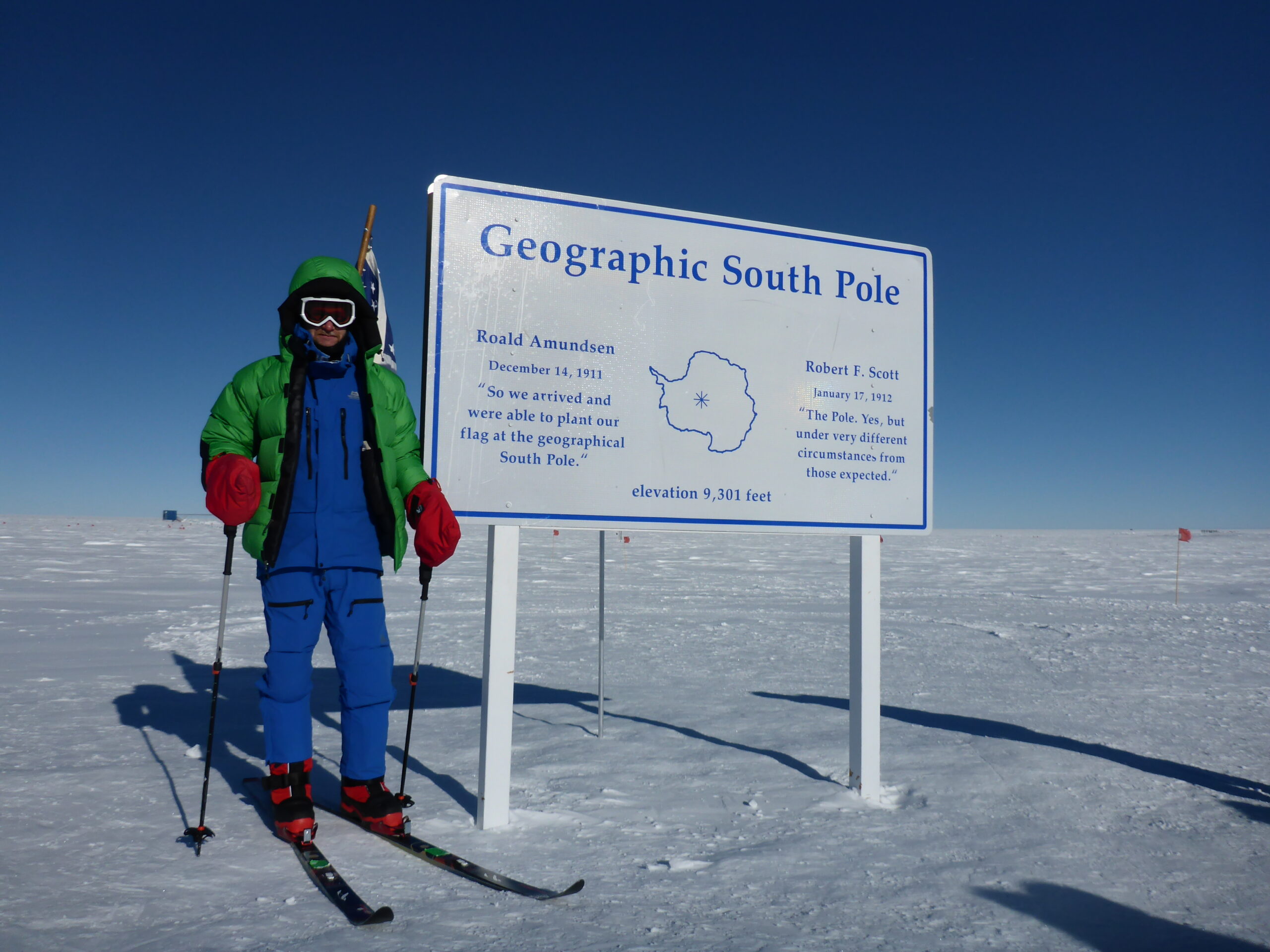 And last month he skied to the South Pole.

While working to keep fit, nonprofits and the army offered him many opportunities for adventures.

About a year ago, he was invited to join Robert Swan, the first person to walk to both poles for an extremely physical endeavor.

Kerr spent last year preparing, learning and making sure he had the right equipment.

“Gear down there is everything. If you have the wrong gear, you could die,” he said.

He profusely thanked the staff at Walter Reed Medical Center, and especially Todd Sleeman of Silver Spring, his prosthetist, for making sure he not only had the proper prosthetic for his leg, but also a spare one with spare parts and the knowledge to repair it should anything go wrong.

He flew to the southern tip of Chile, where he met up with his team of 12.

They next flew to Union Glacier Camp on a plane that was equipped with skis so it could land on ice. They were 9,000 feet above sea level.

Kerr skied for the next eight days, pulling a sled loaded with almost 70 pounds of gear. The schedule was ski 50 minutes, rest 10.

During the short rest periods, Kerr ate as many calories as he could to keep his strength up.

“Physically, it wasn’t as hard as I expected it to be. The problem was mental boredom.. and the cold,” he said, noting the temperature hovered around minus 5 degrees with a strong wind. At one point, with the wind chill factor, the temperature was minus 40 degrees, which is where Fahrenheit and Centigrade meet, he noted.

The view throughout the trip was only ice or packed snow with no other life besides his fellow travelers – except for microbes beneath the surface.

“It’s technically a desert with little rainfall,” he said.

They slept in tents, which Kerr said, “were actually quite balmy,” because the sun was up 24 hours a day.

Every night, he dried out his socks and used the camp stove to melt snow for drinking and to prepare the dehydrated food they brought.

“Camp life was really just rest,” he said. “Having just some warm water in your belly is such a comfort.”

Despite his preparations, his final two days were rough. Kerr’s upper leg had swollen and was itchy and painful, making it difficult to put on his prosthesis. 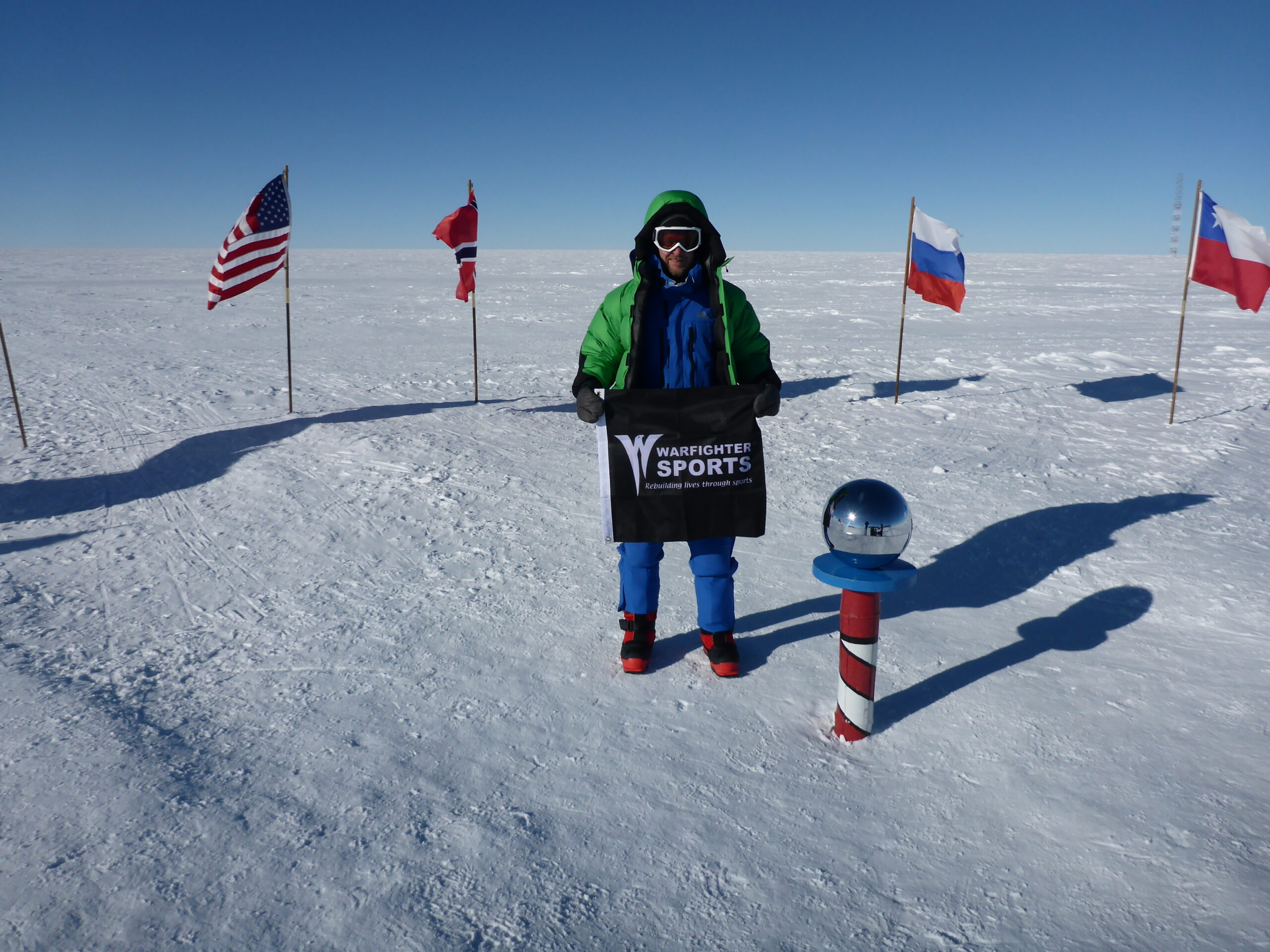 But he knew two things – one, he was going to make it to the South Pole, and two, he wasn’t going to slow down his team.

He considered letting them go on and crawling the rest of the way, but fortunately, that wasn’t necessary, and he skied to the pole together with his team.

“There is no terrain. It’s dead flat, and so brutally cold,” he said. “It is a place that wants you dead.”

Kerr has two messages for the world. Take care of the environment is one.

He also wants everyone to realize that most soldiers who return home “readjust well and reenter into society well.”

People hear about those suffering from PTSD or having lost a limb, but there are so many success stories, he insisted.

“We are disabled technically and legally” but that doesn’t mean the end, Kerr noted. “I never would have dreamed of doing this with two legs,” he said of his trip to the South Pole. 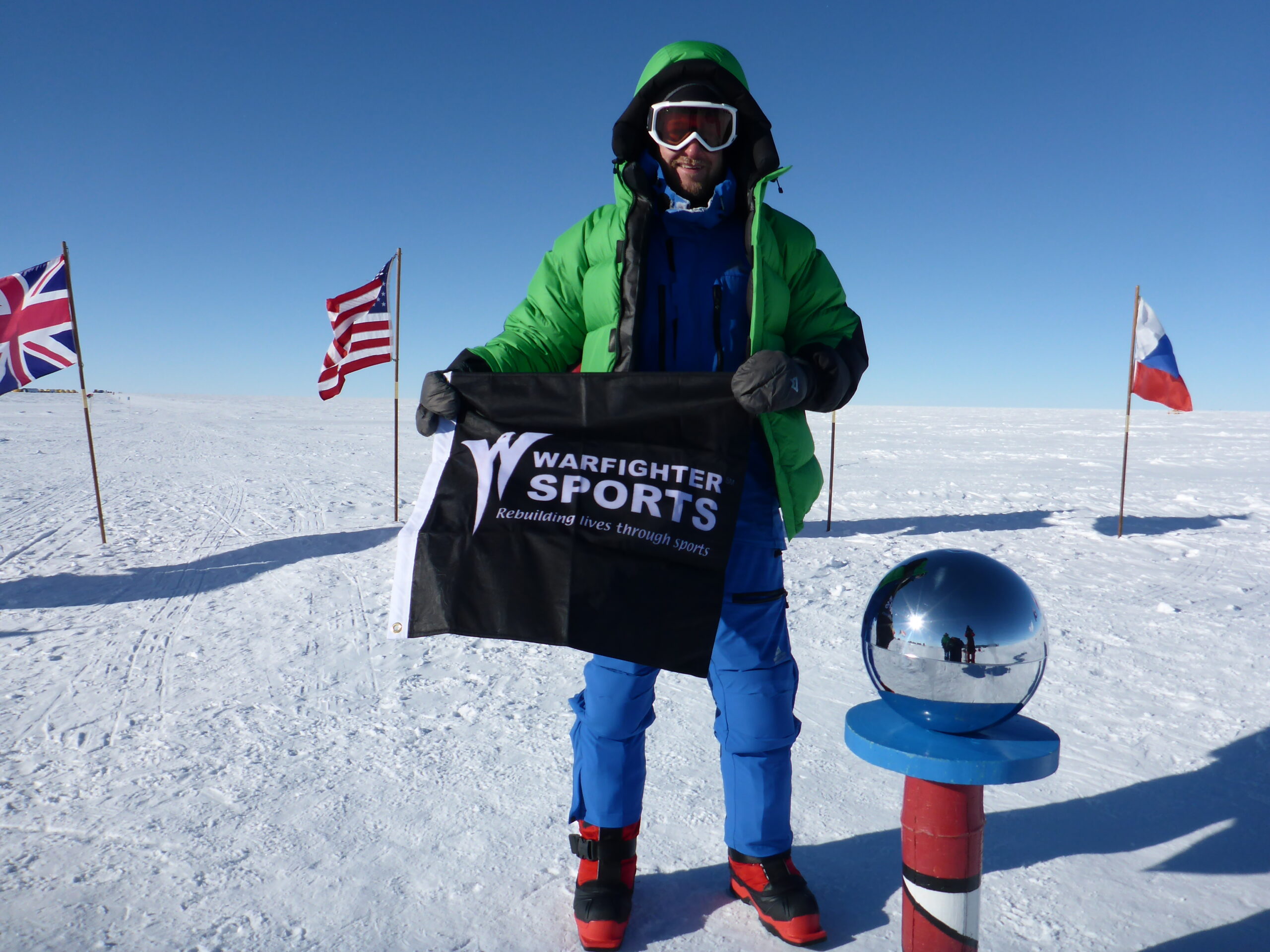 “The military takes great care of us combat vets and amputees.”

In fact, Kerr made light of his injury and admitted his nickname was Paper Cut, because he only lost his leg below his knee when so many others are double and triple amputees, he said.

A few years ago, in between training and working at Adventure Travel, coordinating trips, he and his fiancé lived in what was basically a pool house on a large property in Rockville.

There they built a two bedroom, stick frame, 24-by-8-foot house. They did everything themselves except for the electrical work.

They spent about 13 months building it. Since it was on wheels, they then transported it to Annandale, Va., where they now live.