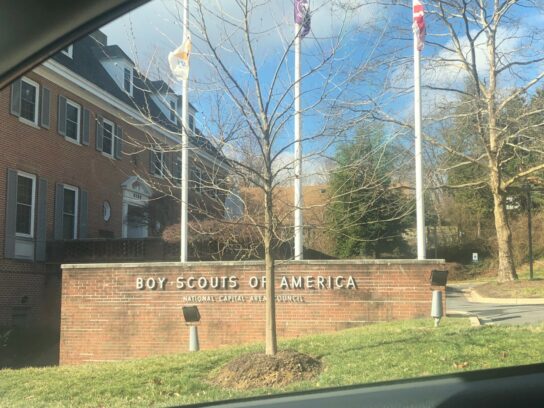 The Boy Scouts of America (BSA) filed for bankruptcy Tuesday in the midst of hundreds of sexual abuse lawsuits from former scouts who say they were abused by leaders.

This means that civil litigation is halted, and there will be no jury trial. Alleged victims with lawsuits now have to file in bankruptcy court. The Chapter 11 claim was made by the national boy scouts organization and does not involve local scout councils.

In Montgomery County, the local council is the National Capital Area Council (NCAC) in Bethesda. It serves Maryland, Virginia, Washington, D.C., and the U.S. Virgin Islands.

Aaron Chusid, chief communications officer for the NCAC, said that the bankruptcy does not affect troops in Montgomery County at all, or throughout the NCAC. He said that programs operate on a local level and will run as planned.

Local units are self-funded and do not get funding from the national BSA organization. Chusid said they make money from programs like camps and product sales like popcorn, as well as charitable giving and endowments.

The national organization of the BSA filed for Chapter 11 bankruptcy in order to equitably compensate victims who were harmed during their time in Scouting and ensure Scouting’s future. Scouting continues and local councils have not filed for bankruptcy. https://t.co/sj4TRXkzp1.