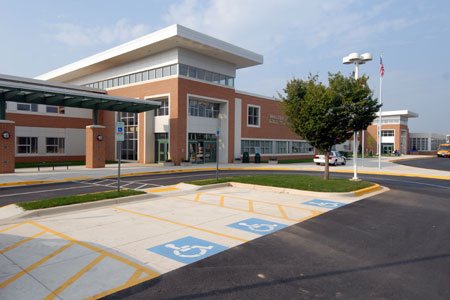 To a federal prosecutor, the scheme seemed “like the script of a bad horror movie,” but it ensnared a former Walter Johnson High School lacrosse coach.

The coach, Gary B. Reburn, is awaiting extradition from the United Kingdom to answer for his role in a plot to kidnap five children and kill their parents, according to the U.S. District Court for the Western District in Virginia, based in Harrisonburg.

All five children to be kidnapped were younger than 8 years old.

“These charges are unrelated to Montgomery County Public Schools (MCPS) students and unrelated to the time he spent as the lacrosse coach,” Walter Johnson Principal Jennifer Baker wrote in a letter sent to parents Thursday.

Frank Jesse Amnott, 31, pleaded guilty to conspiracy to kill witnesses, which carries a mandatory sentence of life in prison, according to a statement from the U.S. Attorney’s Office. He also pleaded guilty to kidnapping, and to using a firearm in the commission of a crime of violence.

U.S. Attorney Thomas T. Cullen said: “Although the facts of this case read like the script of a bad horror movie, the defendants’ murderous plot was real and it posed a grave risk to their intended victims.”

Court documents say that in 2014 Amnott and his wife Jennifer befriended Valerie Perfect Hayes. Hayes consistently claimed to the Amnotts and others that she worked for the U.S. government and that her work included services for the intelligence community or some other clandestine capacity.

In July 2018, the Amnotts were living in Florida when they were contacted by Hayes, who was living with her boyfriend, Reburn, in Maryland. Hayes claimed to the Amnotts that three of her children had been kidnapped and were in the custody of two separate Mennonite families in Dayton, Virginia.

During the kidnapping, the conspirators planned to kill the parents, the U.S. Attorney’s Office said.

On the evening of July 29, 2018, Hayes, Reburn, and Frank Amnott drove to the first house. There, the parents were preparing to retire for the night while their two young children were already asleep.

After the father opened the door, the group forced their way inside and held him at gunpoint. With the husband subdued, Hayes began to look for the wife and the two children. When Hayes, Reburn and Amnott forced their way into the home, the wife had grabbed the cordless phone and ran outside of the house, hiding in a cornfield. She dialed 911 to report the incident and a deputy with the Rockingham County Sheriff’s Office was immediately dispatched.

Inside the home, Amnott and Reburn took Parent A – at gunpoint – to the basement, where they bound his wrists behind his back. Reburn went upstairs as Amnott stayed and held Parent A at gunpoint.

Shortly after the 911 call, a deputy arrived and was met by the mother, who had emerged from the cornfield.

At the same time, Hayes, who was also outside the house, approached the deputy and falsely claimed to be a neighbor who was passing by and saw an armed man run inside the house. The wife was confused and suspicious, as Hayes appeared to be the same woman whom she saw at the front door and forced entry into her home.

Meanwhile, the deputy entered the house and found the children, who were unharmed and still in their bedroom. In the basement, the deputy found the defendant, Frank Amnott, holding the husband at gunpoint. Amnott was taken into custody without incident.

Because their planned abduction and murders at the first house were thwarted, the conspirators never made it to the second house as planned, the U.S. Attorney’s Office said.

Instead, Hayes and Reburn returned to Maryland where they re-joined Jennifer Amnott. In early August 2018, the three fled the United States to the United Kingdom.

They have since been apprehended and are pending extradition to the United States.